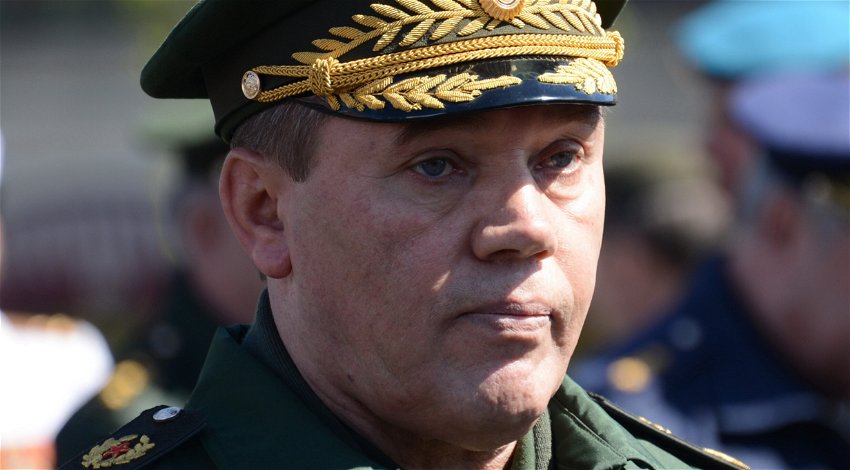 RUSSIAN media outlets are reporting on Sunday, December 18 that Ukraine admitted to trying to assassinate Valery Gerasimov, Vladimir Putin’s top military commander, while he was in the Ukrainian city of Izyum earlier this year.

As previously reported, Valery Gerasimov, Putin’s top military commander, was evacuated from Ukraine back in April/May of this year after suffering shrapnel wounds around the same time Ukraine was reportedly plotting to assassinate the Russian general in Izyum.

Speaking to journalist Mark Feygin, Oleksiy Arestovych, an adviser to the Ukrainian presidential office, reportedly said that Ukrainian forces tried to eliminate the head of the Russian General Staff, Valeriy Gerasimov, during his trip to Izyum.

Discussing a story from The New York Times, which said that US officials tried to prevent Kyiv from planning and carrying out the assassination attempt on Gerasimov, Arestovych told Feygin on his YouTube channel: “Gerasimov was in Izyum and we were planning to hit him.”

In the article, it was revealed that US officials had learned that General Gerasimov had planned to go to the front lines in Ukraine, but reportedly withheld the information from officials in Kyiv because they were worried that an attempt on his life could lead to war between the United States and Russia.

Arestovych said Ukrainian Armed Forces “swooped down on the headquarters” where Gerasimov was staying, but he was no longer there, as reported by Gazeta.

As noted, around that same time, Gerasimov was reportedly injured by shrapnel in the Kharkiv region of Ukraine while commanding the Russian assault on the city of Izyum.

He supposedly sustained a “shrapnel wound in the upper third of the right leg without a bone fracture. The shard was removed – there is no danger to life,” an unofficial Russian source claimed at the time.

Anton Gerashchenko, one of Ukrainian President Volodymyr Zelenskyy’s advisors, Izyum was “the very place where Gerasimov, who personally came to lead the attack on Slovyansk, was located. A large number of senior officers were killed.”