UPDATE: Messi gets his World Cup trophy as Argentina win on penalties 4-2 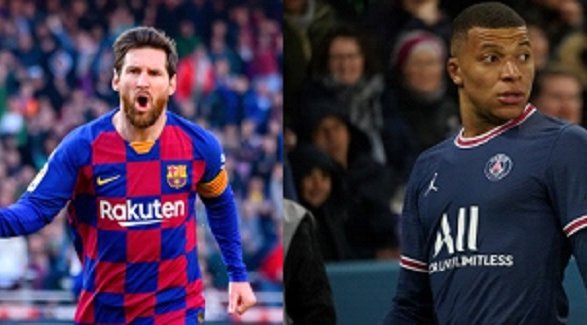 18:55 – Kolo Muani finds the back of the net – they are still in it but its not enough as Montiel scores – taking the World Cup on penalties 4-2.

18:54 – Paredes steps up and makes no mistake its Argentina 3 France 1

18:48 – Lloris wins the toss and France to go first with Mbappe.

18:37 – Mbappe makes no mistake and it’s 3 apiece – what a final. They took a while to get going but France is not giving up. Mbpape joins England’s Geoff Hurst as the only other player to score a hat trick in the final. Will he share the golden boot with Messi?

18:28 – One minute into the second half of extra time and Messi comes good – its Argentina 3 France 2

18:15 – First half of extra time finished and the score remains 2 apiece.

18:00 – Full time and the score remains Argentina 2 France 2 – what a fantastic end to the game. Extra time to follow, will we see more fireworks.

17:55 – The game has come alive with chances either end as Mbappe and Messi show their quality.

17:47 – Messi gets hounded out by Coman and Rabiot pings one to Mbappe, who plays a quick one-two with Kolo Muani who thunders the ball home. Its game on Argentina 2 France 2!

17:09 – Argentina get the second half underway in a less-than-full stadium with many fans not being able to get to the stadium as a result of the metro being closed. No details have been provided with regard to its closure.

16:36 – Argentina breaks away quickly from their own half after France loses the ball. Four touches and it’s in the back of the net. It’s Argentina 2 France 0. A great pass from Messi finds Di Maria in acres of space.

16:22 – A bad defensive error gives Argentina the first penalty of the match and the opportunity to take the lead.

16:10 – Early action in the France goalmouth sees the goalie injured in a clash with an Argentian forward. Messi’s phone seem the brighter of the two in the opening stages.

15:05 (December 18) -The battle to raise the World Cup and to make history sits in the hands of the battle between France’s Mbappé and Argentina’s Messi.

With the game set to kick off on Sunday, December 18 and bring to a close one of the best World Cup tournaments fans will be hoping their man can produce the magic needed to take the honours.

Mbappé has already had the pleasure of having led France to victory in Russia in 2018, but Messi has yet to walk away with one of the titles that he has yet to win. With this the last world cup in which he will feature, fans are asking whether that will be enough motivation to spur Messi on to produce his best performance yet.

Will France, who have been hit by illness within the camp, be up to the challenge and be able to stop the scoring sensation that is Messi? According to the France goalkeeper Hugo Lloris who spoke to France 24, “We need all our strength, all our energy to face a very competitive team with one of the legends in the sport with Messi.

To make the game even more interesting both players are tied on five goals in the tournament with the highest goal scorer getting to take the Golden Boot Award home with them.

But the game is probably less about the two goal-scoring machines and more about the defensive capabilities of either side, with France having struggled to reach their best. Despite problems at the back largely due to illness within the team, France has pulled off victory after victory.

Will that be enough to give them the result they want so badly or is today the day tahat their defensive frailties may be tested to their limit?

With Mbappé pitched against Messi for the right to raise the World Cup, the game promises to be a fitting finale to an excellent tournament that was full of surprises.