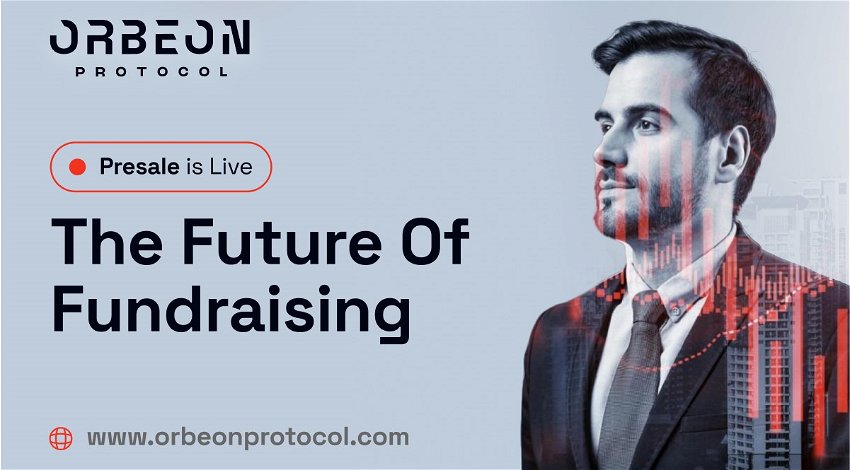 The centralised exchange Huobi have been working on some interesting partnerships recently, including a digital identity program and a national token (DMC) with the country of Dominica. Chiliz coin (CHZ) has been suffering from the ‘buy the rumour sell the news’ phenomenon generated by the World Cup, but analysts remain positive about the coin’s longer term future. Orbeon Protocol (ORBN), currently in stage 3 of presale at $0.03, will launch on January 30th 2023, for a minimum of $0.06.

Orbeon Protocol is a community based launchpad and VC.  Orbeon Protocol aims to disrupt the industry by making it easier for new entrants, typically everyday investors, to gain access to crowdfunding typically controlled by large venture capitalists, building an on ramp so that clients can get their fiat on-chain without needing a centralised exchange, such as the now infamous FTX.

Orbeon Protocol’s native token $ORBN has already risen around 655% from its first stage of the presale, and is set to offer investors gains when the token launches at the end of January 2023.

Market analysts are predicting that Orbeon Protocol could go as high as $0.24, which translates into a 6000% gain for investors who bought in at the first stage of the presale. Orbeon Protocol’s team tokens are locked for one year and will then be released each quarter.

Chiliz is currently underperforming the market, since the start of the 2022 FIFA World Cup. However, market analysts are very positive about Chiliz future, with the most bullish price predictions from Tech News Leader, who are predicting that greater adoption of Chiliz and its blockchain could lead to a ‘maximum trading price of $0.46 in 2023’.

Investors are looking further into Chiliz’ future, predicting a 600% increase in the next five years for Chiliz. Chiliz is currently trading at $0.14, a more conservative estimate comes from Anton Kharitonov, a Traders Union analyst who predicts that Chiliz will be worth $0.17 by the end of 2023. Traders Union have assessed Internet, Google, Facebook and Mobile growth, with the data uncovering buy and strong buy signals.

Although many may baulk at the idea of digital identities, The commonwealth of Dominica have teamed up with Huobi to make it possible, releasing the Domica Coin (DMC).  Domica says that they are hoping to attract talent from the web3 and metaverse space, in a way that is safe for investors with the help of Huobi token (HT).

This may well encourage other countries to do the same, and provide gains for the Huobi token (HT).  Huobi have also partnered with Tafabot, an artificial intelligence trading and portfolio management company, something which may prove bullish for Huobi token (HT). Huobi token (HT) is currently trading at around $6.37, up from Huobi token’s (HT) summer lows of around $4.30.