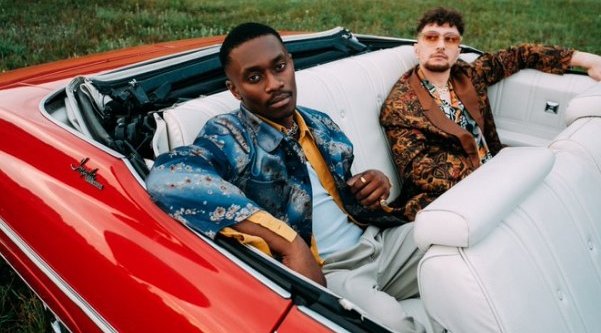 Image of TVORCHI who will represent Ukraine at Eurovision 2023. Credit: [email protected]_MUSIC

The national selection to choose Ukraine’s Eurovision 2023 representative took place in a metro station bomb shelter in an unspecified location, with TVORCHI the eventual winner.

The national selection to pick Ukraine’s representative for Eurovision 2023 took place on Saturday, December 17. As reported by strana.ua this year’s final heat took place in the unlikely location of a bomb shelter inside a metro station, for safety reasons.

As a result, the actual location of the venue was not publicised, but it is believed that a live audience will be in attendance. This year’s judge’s pick will travel to Liverpool in England in May 2023 to represent Ukraine, who won the singing competition earlier this year.

TVORCHI was the eventual winner, with its entry titled ‘Heart of Steel’. Formed in 2018, the Ukrainian-Nigerian electronic duo features vocalist Jeffery Augustus Kenny, and sound producer, Andrew Hutsuliak, according to the Kyiv Independent who tweeted the result @KyivIndependent. Their song was about the spirit of Ukrainians, their braveness, unbreakability, will, and freedom.

TVORCHI has been chosen to represent Ukraine with its entry “Heart of Steel” in the 2023 Eurovision song contest. The band was founded in 2018 by sound producer Andrew Hutsuliak and vocalist Jeffery Augustus Kenny.

Ukraine has chosen its song and artist for Eurovision 2023!🎙️

TVORCHI will perform their song ‘Heart of Steel’. It is about the spirit of Ukrainians, our braveness, unbreakability, will and freedom.

See you next time on the Eurovision stage in Liverpool! 🇬🇧 pic.twitter.com/z1dcdjWI4T

idk what y'all think but the line-up so far for eurovision 2023 looks so slay. pic.twitter.com/YiaEoIVmgm

It was previously reported that the rules of Eurovision 2023 will be changed following the scandal that surrounded the jury collusion at the 2022 edition. Ukraine’s winning entry will go directly to the Liverpool final after the country won the last competition.

Normally the contest is held each year in the country represented by the previous winner, but due to security and safety concerns, the organisers decided to move Eurovision 2023 from the territory of Ukraine to the UK.