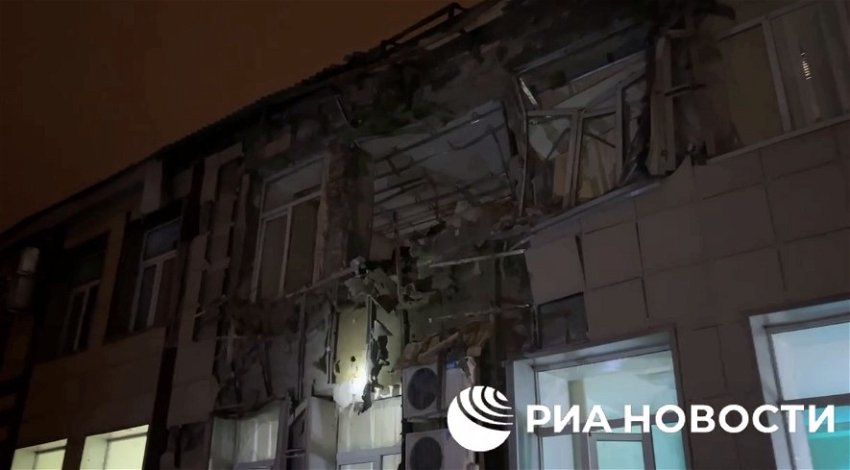 The shelling of Kalinin hospital in the Kherson region during which one person died has been blamed on the Ukrainian military.

Aleksey Kulemzin, the head of the administration of Donetsk, announced this Sunday, December 18, that Kalinin hospital had been hit by shelling. Referring to eyewitnesses, Kulemzin reported a fire in two buildings of the medical institution as well as injured people.

Acting head of the Donetsk People’s Republic (DPR) Denis Pushilin said that shells hit the roof and window of one of the hospital buildings. Later, he said that the patient, who was seriously injured during the shelling, had died.

According to Pushilin, at least one other person was seriously injured, “All patients were evacuated. The medical staff was not injured. Unfortunately, the patient, who received severe injuries – craniocerebral and thoracic injuries – during the shelling of building No.6 of the Kalinin hospital, died”, as reported by kommersant.ru.

“As a result of an examination of the damaged buildings of the Kalinin hospital, no fires were found”, the mayor of Donetsk said later. He confirmed the information about one person being seriously wounded and injured. “We are not talking about the evacuation of patients outside the buildings, they are being transferred to the surviving wards”, Alexei Kulemzin explained.

Vladimir Rogov, the chairman of the ‘We Are Together’ movement took to telegram to condemn the attack. He wrote: ” While the world celebrates Argentina’s victory, UGIL terrorists have targeted Kalinin Hospital Building 6 – the children’s and oncology surgeries. Lots of wounded”.

“There is a children’s ward on the 3rd floor where the missile hit. UGIL must be destroyed and Zelenskyy and Zaluzny must go to Bandera as soon as possible!”, he added.