Vatican to return 2,500-year-old Parthenon pieces to Greece by order of Pope Francis 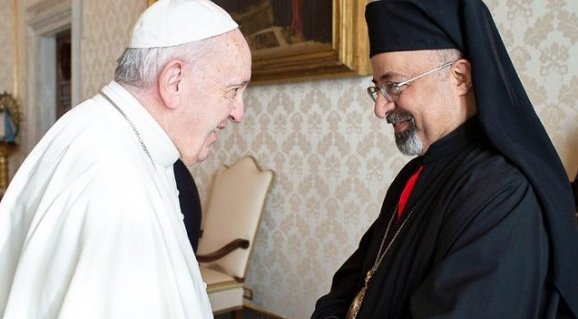 Pope Francis has ordered the Vatican to return 2,500-year-old Parthenon pieces to Greece.

In a brief statement on Friday, December 16, The Vatican confirmed that Pope Francis had ordered the return to Greece of three original pieces of the iconic Parthenon. These ancient small sculptures have been in the Vatican Museum’s papal collections for more than one hundred years and are around 2,500 years old.

They will be passed into the custody of the Greek Orthodox Church, specifically, to its current head, Ieronymos II. It is not yet known what he plans to do with the pieces.

According to the statement, the Pope – who celebrates his 86th birthday today, Saturday 17 – is returning them as a gesture of ecumenical dialogue with the Roman Catholic Church.

Standing high on the Acropolis, a huge hill overlooking the city of Athens, the Parthenon was completed in 5BC. The magnificent temple was built as a shrine to the goddess Athena. Some of the greatest examples of ancient Greek sculpture can be seen among its decorative friezes.

One of the three pieces being handed over is the head of the horse that was located on the west side of the structure. It is depicted pulling Athena’s chariot, according to the Vatican Museums website. The other two feature the head of a bearded male and the head of a boy, as reported by dailymail.co.uk.

Lina Mendoni, the Greek Culture Minister, expressed her gratitude to the Pope in a statement. She thanked him for the ‘generous decision’. At the same time, she pressed the issue of the Elgin marbles. In the early 19th century, they were removed from their home in the Parthenon by Lord Elgin.

At that time, Greece was ruled by the Ottoman Empire, of which the British diplomat was the ambassador. The 2,500-year-old sculptures were subsequently rehoused on display in the British Museum. Greece has repeatedly called for their return but the Museum maintains that they were legally acquired.