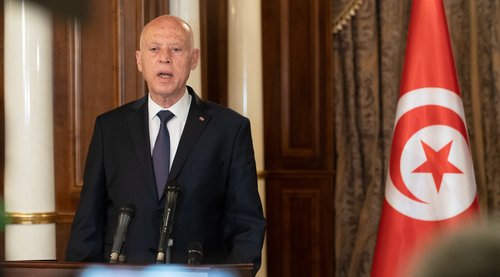 Voters in Tunisia have vented their anger with the president with a boycott resulting in less than nine per cent of the electorate turning up to vote in Saturday’s elections.

The majority of the political parties in the country boycotted the elections over unhappiness with President Kais Saied who came into power in 2019. In 2021 he shut down the parliament so that he could change the constitution to give himself the power to rule by decree.

At the time Saied claimed that the move would enable him to tackle the country’s economic problems and that it would save the country from political paralysis. But critics have accused him of staging a coup and of destroying the country’s democracy.

But the opposition parties have not been able to resolve their differences or to organise an effective opposition to his leadership, leaving Saied to continue governing. This just 12 years after the Arab spring resulted in the country’s return to democracy.

But unlike the systems that have been introduced elsewhere following the implementation of democracy, the system implemented in Tunisia appears to be either flawed or failing to work.

According to Sky News on Sunday, December 18 voters have said “why should we vote.”

Many have questioned the value of the election and whether there was any point in voting, but the head of the electoral commission, Farouk Bousaker claimed the turnout was “modest but not shameful.”

He blamed a new voting system and the lack of paid election campaigning for the poor turnout, rather than the boycott and the flagging economy which has been slow to recover following the pandemic.

Shortages of basic foods and medicines have become more commonplace and job opportunities remain limited. That has led to more Tunisians looking to try and make the dangerous crossing into Europe where they perceive the opportunities to be better.

Although 1,058 candidates competed for 161 seats, 120 were women, none attracted any significant number of votes with no votes being cast by expatriates.

Tunisia’s electoral commission has not said whether the election will be ratified or whether it or parts of it, will need to be rerun after only nine per cent of the electorate turn out to vote.