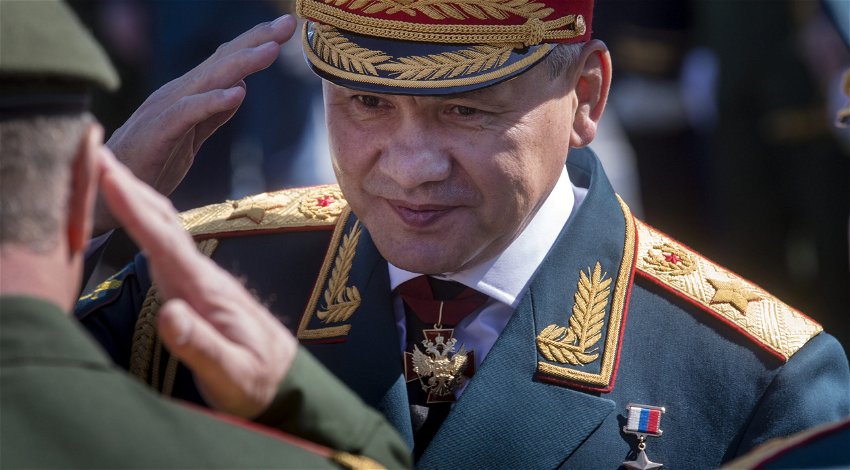 The Russian troops on the Ukrainian front line received a visit from Sergei Shoigu, according to the Ministry of Defence, but video footage suggests otherwise.

According to the Ministry of Defence, as part of a working trip to the Southern Military District (SMD) on Saturday, December 17, General Sergei Shoigu, the Russian Minister of Defence, inspected the troops stationed on the Ukrainian front lines, as reported by RIA Novosti.

“The Minister of Defence of the Russian Federation, General of the Army Sergei Shoigu, made a working trip to the Southern Military District and inspected the grouping of troop forces in the areas of the special military operation”, said the ministry in its statement.

The department added that the minister flew around the areas of deployment of troops and checked the positions of Russian units on the front line. During his visit, they said Shoigu talked with Russian military personnel and thanked them personally for their exemplary performance on combat missions.

Shoigu listened to the reports of the commanders on the situation and the actions of the Russian army in the operational areas. He paid special attention to the organisation of comprehensive support for the troops, the conditions for deploying personnel in the field, as well as the work of medical and rear units, the Defence Ministry added.

However, a video posted on social media showing this ‘visit’ to Ukraine has caused quite a stir, with the common consensus suggesting that no such trip really took place. The video appeared on the Twitter feed of Anton Gerashchenko, an advisor to the Minister of Internal Affairs of Ukraine @Gerashchenko.

A string of comments from users appeared below the video asking why there was no snow on the ground in December. Some asked why the scenery suddenly changed, Others commented that surely the man regarded as third in the Russian chain of command would never visit the front lines and instruct his helicopter pilot to land in a wide-open space, making it an easy target for would-be attackers.

All points that it's a fake.

View from his helicopter's window. Middle of December, the grass is green in the "special military operation" zone. pic.twitter.com/cRECvpcHUf