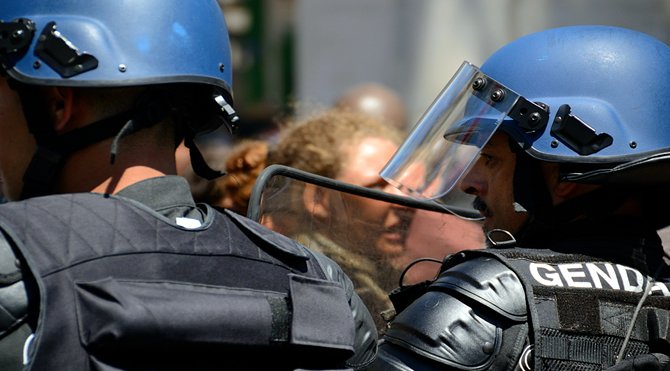 Angry French football fans clashed with cops who fired tear gas as they took to the streets in several cities across the country after losing the World Cup final against Argentina.

Violence flared in several cities across France on the evening of Sunday, December 18, after the national football team lost to Argentina in the final of the 2022 FIFA World Cup in Qatar. French fans were involved in clashes with armed cops who fired tear gas to quell the crowds.

In video footage uploaded onto social media, fireworks and flares could be seen being let off, with some of them thrown at the police on the famous Champs-Elysees boulevard in Paris. Trouble also broke out in the cities of Nice and Lyon.

On Friday 16, the French Interior Minister Gerald Darmanin announced that a huge security operation was planned for this Sunday in anticipation of trouble. Around 14,000 police officers were deployed across the country, with the bulk of them in Paris.

Around 2,750 cops were on duty in the vicinity of the Champs-Elysees, which was closed off to traffic on Sunday. When France won the last World Cup tournament in 2018, it was a scene of huge celebrations.

There had been disturbances in French cities following previous matches, with the cops firing teargas into the crowds to disperse them. After last Wednesday’s match when France beat Morocco, at least 115 people were reported to have been arrested.

Tragedy struck in the city of Montpellier when a group of Morocco fans surrounded a vehicle displaying a French flag. As the driver panicked and drove away, he knocked down and killed a 14-year-old boy. The driver is still being hunted by the security services.