UPDATE: A second woman aged 23 has died from her injuries 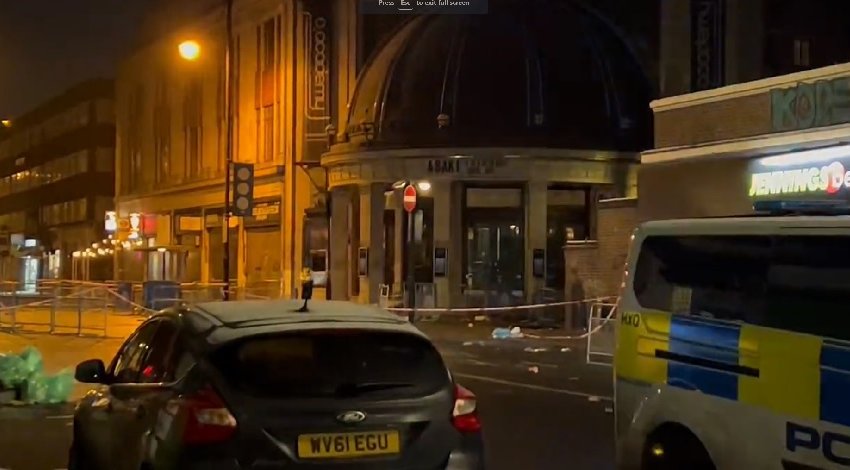 18: 20 (December 19) – A young 23-year-old security contractor has died of her injuries sustained in the Brixton O2 crush.

Gabrielle Hutchinson, who was a security contractor deployed in the foyer of the facility died in the early hours of Monday morning.

It is believed that the Ikumelo who died on Saturday and the two who remain in the hospital were all in the foyer of the building when they were injured in the crush of the crowd.

The Met Police have not provided any updates with regard to their investigations with officers said to still be trawling through the reams of evidence. A portal has also been set up to enable anyone who has evidence to submit it online.

The police and the Mayor of London Saddiq Khan expressed their “devastation” to hear of the second death and said they will not rest until those who are guilty are brought to justice.

17:15 (December 17) – A woman has died from injuries sustained when the concertgoers tried to enter the Brixton O2 Academy without paying.

The police announced that Rebecca Ikumelo, 33, from Newham, east London, had died on Saturday morning after she was crushed on Friday night. Two other women, aged 21 and 23, remain in a London hospital where they are said to be in critical condition.

RIP Rebecca Ikumelo, aged 33, from Newham, east London, who has died in hospital on Saturday morning after the Stampede caused by sheeple at the O2 Brixton Academy Asake Show pic.twitter.com/IhLza7IiHa

On hearing of the death Asake, the artist who fans had come to see, posted a message on Instagram expressing his grief saying that he had spoken to the victim’s family adding that he was “devastated by the news.”

“I am overwhelmed with grief and could never have imagined anything like this happening.

“My team and I are still awaiting the full debrief back from the venue management and the police to determine what exactly let to all the disruption caused and ultimately to Rebecca’s passing.

“If you have any relevant information relating to this, please do reach out to the Metropolitan Police.”

The Met Police have said they are carrying out an urgent investigation but that it will take time to work their way through the vast amount of footage. Many videos had been posted online that need to be looked at as well as the body cameras worn by the police.

Among the issues being investigated is the pushing of a woman down the stairs by a policeman, which is being carried out by the Indepdendent Office for Police Conduct.

09:53 (December 16) – Four concertgoers are in critical condition and fighting for their lives after a riot broke out at a concert at Brixton’s O2 Academy.

Police were called to the venue on Thursday night according to the Daily Mail on Friday, December 16, after a large crowd tried to force their way into the venue without tickets.

Afrobeats singer Asake was due to perform when the riot broke out leaving a number of people injured in the crush, with eight hospitalised, and four critical. As a result, the show was cancelled leaving the police and the venue management to clean up.

So far no arrests have been made with police viewing footage posted online and from CCTV cameras in the area. A number of police also suffered minor injuries in the scuffle that took place as they tried to deal with the situation.

Asake told fans that he could not continue with the performance after 3,000 fans had tried to break into the concert venue saying: “Security police have asked us to close the show. We apologise to you, this is nothing to do with us or the promoter.

“This is basically… listen to what I am saying.”

The management then took over the mic and told those in the venue to leave the way they came with a promise that they will get a refund.

Four people are in 'critical condition' after a large crowd attempted to gain entry into O2 Academy Brixton without tickets, the Metropolitan Police has revealed.#AsakeConcert #Brixton #UK #Social pic.twitter.com/3ydVe4mdIW

The incident has been described as “extremely distressing” by Met Police Gold Commander Ade Adelekan who urged anyone with information to contact the force.

He said: “I am aware of videos being shared on social media. I would ask people to be sensible about what they share, and not to post material that will be upsetting to those affected by this incident.

“Where force has been used by police officers, those officers know they have to be accountable for their actions. The Met’s Directorate of Professional Standards will view all material, including Body Worn Video footage from the officers at the scene.

“In relation to a clip being widely shared, I can confirm that no police dogs were deployed to the location.”

Lambeth Police confirmed that: “Emergency services attended the O2 Academy in Brixton following reports that a number of people had been injured after a large crowd attempted to enter without tickets.

“Four people are in critical condition at the hospital. Officers will remain in the area to provide reassurance.”

The scene at the O2 Academy in Brixton this morning after a crush outside the Asake concert last night. Four people are fighting for their lives in hospital and police have started an urgent investigation. @LBC @LBCNews pic.twitter.com/QszSYqgm1Q

Anyone who has yet to speak with the police about the events that left four concertgoers in critical condition is asked to call 101 and quote ref 6725/15Dec. The police would also like any footage that anyone may have taken of events which they can send to @MetCC via Twitter.