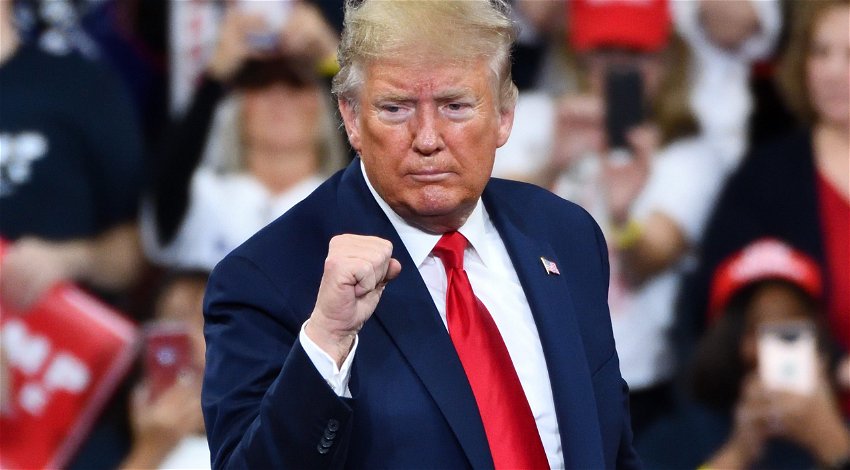 The bi-partisan panel investigating the events of January 6 when Capitol Hill was stormed by protestors have recommended the Justice Department press charges against former President Donald Trump.

Wrapping up the investigation on Monday, December 19, the panel said that following one of the most exhaustive and aggressive congressional probes in memory Trump and those who helped him should be charged.

Although the criminal referral is mostly symbolic, the Justice Department ultimately decides whether to prosecute Trump and anyone else it believes was involved in inciting people to storm Capitol Hill.

Trump was accused of encouraging his supporters to “take back power” after he lost the election in 2020.

On Sunday Representative Adam Schiff (Democrat-California) said on CNN’s “State of the Union:  “I think the president has violated multiple criminal laws and I think you have to be treated like any other American who breaks the law, and that is you have to be prosecuted.”

The panel will now be dissolved on January 3, 2023, has conducted more than 1,000 interviews, held 10 public hearings and collected more than a million pieces of evidence. That led the panel to come to the conclusion that Trump was to blame for the invasion of the capitol.

The recommendation follows the many court cases that have gone against Trump and his supporters who claimed that the election was “stolen.” Schiff added: “This is someone who in multiple ways tried to pressure state officials to find votes that didn’t exist, this is someone who tried to interfere with a joint session, even inciting a mob to attack the Capitol.

“If that’s not criminal, then I don’t know what it is.”

Panel members have said that others may be referred to the Justice Department for ethics violations, legal misconduct and campaign finance violations.

They have also suggested that Trump’s charges should include conspiracy to defraud the United States, obstruction of an official proceeding of Congress and insurrection.

Schiff said that “if you look at Donald Trump’s acts and you match them up against the statute (insurrection), it’s a pretty good match,” adding that the panel will focus on those individuals for whom they believe there is the strongest evidence.

Donald Trump’s future will now lie in the hands of the Department of Justice as the January 6 panel recommends he be charged. Whether that will put an end to his attempts to get re-elected remains to be seen with a partisan electorate not all likely to accept the panel’s findings.