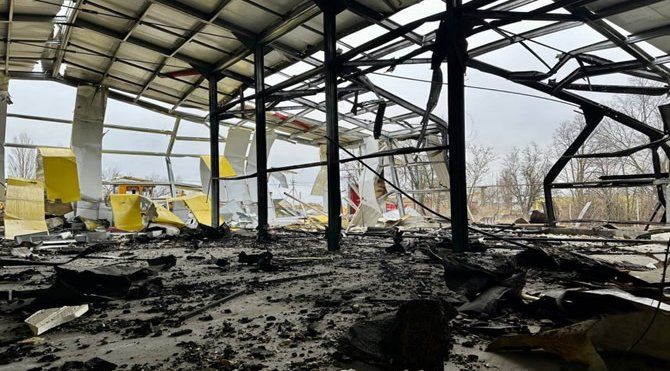 Military strikes on the Russian city of Belgorod by Ukrainian forces left one dead, several hospitalised, and substantial damage to residential properties.

According to Vyacheslav Gladkov, the governor of the Belgorod region of Russia, the city and its surrounding areas came under attack from the Ukrainian military on Sunday, December 18. “Our air defence system worked over Belgorod and the Belgorod region. There are consequences on the ground”, he said.

Nine loud explosions occurred he said, adding that the air defences were operational. The Mash news outlet, however, reported 12 explosions taking place. A correspondent for the RIA news network reported window panes shaking and car alarms sounding in the centre of the city. The Baza Telegram channel also reported broken windows in houses and damage to several vehicles.

A conflicting report came from Valentin Demidov, the acting mayor of Belgorod on the Breaking – Well Almost Telegram channel: “About 60 flats, two private houses, and 32 cars have been damaged in Belgorod by shelling”, he posted, accompanied by a video of a camera shaking as an explosion sounded.

In the Belgorod region village, shell fragments fell on a car. According to the Readovka Telegram channel, there were two people in it at the time but they were not injured.

Similarly, in the Luch microdistrict, glass in a number of windows was broken in four apartment buildings. There were also various damages in 14 private residential buildings, according to preliminary data. Nine cars were also damaged, the head of the region said. “All emergency services are in place. The door-to-door tour of the territory continues”, he added.

The man reportedly came to the Belgorod region from the city of Tambov and worked as a contractor on the construction of a workshop on the poultry farm. Based on official reports from the authorities, he became the 24th civilian in the Belgorod region to die as a result of Ukrainian shelling since the start of the military operation, Kommersant noted.

Gladkov said that as a result of shelling in the city and the region, eight people were injured, seven of them are in the hospital, while one person is in intensive care. “Another victim refused hospitalisation and was sent for outpatient treatment”, Gladkov detailed. The condition of the four victims is assessed as moderate he added.

According to the Belgorod No1 Telegram channel, residents of the city received SMS messages at around 13:40pm for the first time from the RSChS prior to the shelling. They received recommendations to go down to the basements and find shelter.

Messages were also sent informing them of the end of the shelling. Previously, such alerts came only to residents of border settlements, as reported by gazeta.ru.

December 1 was the last time the operation of air defence systems in the sky over Belgorod was reported. On that day, villages in the Shebekinsky district and in the Valuysky district came under shelling.

On December 16, the governor of the region reported the shelling of the village of Novaya Tavolzhanka in the Shebekinsky urban district. “The ‘yellow’ level of ‘terrorist’ threat was extended in the region until December 21”, he wrote.

“The region also has a ban on launching firecrackers, fireworks and salutes. Border Russian territories are regularly shelled. In this regard, the “yellow” level of terrorist threat also operates in the Bryansk and Kursk regions, as well as in the Crimea”, he added.