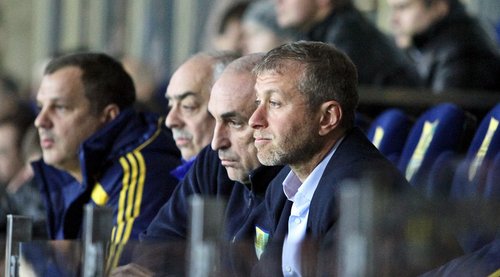 The government in Canada is said to be making moves to confiscate the seized assets of Russian oligarch Roman Abramovich, the one-time owner of Chelsea Football Club.

Citing Canadian Foreign Minister Mélanie Joly, news site European Pravda. said on  Tuesday, December 20 that the government intends to use the assets seized in helping to rebuild Ukraine following the invasion of the country by Russia.

The assets totalling some $26 million (€24.5 million) were seized after the former club owner became the subject of international sanctions.

If confiscated and sold for the benefit of Ukraine, it will be the first time that Canada has applied a law that allows court-ordered confiscation of assets under sanctions.

But for this to happen the foreign affairs minister has to petition to the court to confiscate the assets owned by Abramovich’s Granite Capital Holdings Ltd.

Joly has indicated that the funds would be used to help rebuild Ukraine and to compensate the victims of the illegal invasion.

The Foreign Ministry said: “Canada is the first G7 nation to introduce such measures, demonstrating its strong commitment to Ukraine and its reconstruction, and bringing to justice those who profited from and supported President Putin’s regime.”

The law under which the confiscation will take place was only passed in June and has proven complex to implement. Joly has indicated that insufficient resources and difficulties in identifying assets has slowed up the process.

Joly’s ministry has been provided with additional funding of C$76 million (€52.4 million) for a special bureau whose job it is to enforce sanctions.

The sum of the assets to be seized is small relatively speaking, but as Canada moves to confiscate Roman Abramovich’s assets other countries may be emboldened to follow with similar confiscations.