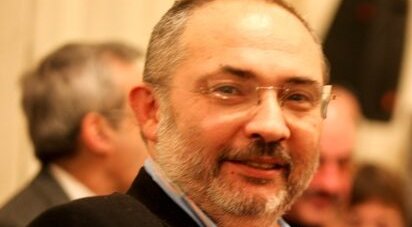 The former adviser to the Kremlin Marat Gelam, who is in self-imposed exile, has been placed on Russia’s wanted list after Putin ordered a witchhunt to track down enemies of the state.

Gelman moved to Montenegro in 2014 according to a report by the Moscow Times on Tuesday, December 20 following a crackdown on artistic freedom.

The prominent art-gallerist who was once close to the government has become one of Russia’s biggest critics according to the news site RBC.

Gelman, who also has Israeli citizenship, was a political consultant during Putin’s fledgling presidency later running a state-owned television broadcaster. Prior to entering politics, he began his art career as a collector, establishing one of Russia’s first private contemporary art galleries in 1990.

No reason for his addition to the list has been given but the 61-year-old was declared a “foreign agent” late last year.

Gelman suggested that the addition came as a result of Putin’s speech on Monday wherein he called for the intelligence services to root out “spies, traitors and saboteurs.”

He said: “[Russian law enforcement workers] get paid and want to keep getting paid.

“For this, they need to show that there are enemies. If and when they run out of enemies, they will be sent to the front to die.”

The addition of the former Kremlin adviser Marat Gelman on Russia’s wanted list and the reasons he has given suggest that more names will be announced in the coming days as the intelligence services set about implementing Putin’s wishes.