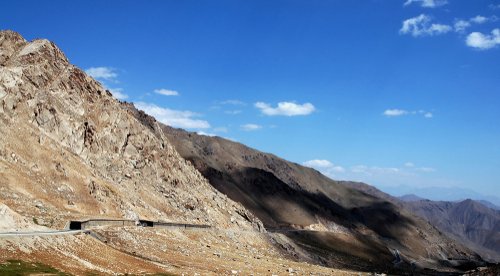 A tanker explosion in a tunnel in Afghanistan has killed at least 87 people and injured many more with nearby vehicles incinerated along with their passengers.

The horrific explosion was reported by the Mirror on Tuesday, December 20 citing local sources who said that it took place in the Salang tunnel, north of Kabul.

A rescue operation has been mounted by the Taliban government which has so far only confirmed 31 dead, but who also said that many more were trapped under the rubble.

The intensity of the heat from the explosion is also making it difficult for emergency services to identify and remove bodies, with many of the victims said to be beyond identification.

Hamidullah Misbah, a Ministry of Public Works spokesperson said: “An oil tanker overturned and caught fire in the Salang tunnel, which then set several other vehicles on fire.”

They were, however, unable to confirm the cause of the crash or why the tanker exploded in the manner it did with investigations still underway.

Local media group Amu TV has spoken with survivors who all took of the incredible inferno. A brother of one of the dead said: “Yesterday afternoon the flames subsided, the firefighters who came from Kabul had entered the tunnel and extinguished the vehicles [on fire] and one by one pulled them out, and we waited until 11 pm in front of the tunnel, while they pulled out the car that my brother with his family was in. My brother, his wife, and his three children perished.”

Rescue teams are slowly clearing the tunnel which is one of the highest motorways in the world at around 3,600 metres. The 2.5 km long tunnel was originally built by the Russians to assist in their invasion back in the early 60s.

Former Afghan President Hamid Karzai expressed his condolences following the horrific tanker explosion saying he received news about the dead and injured in the explosion in Parwan province with “great sadness.”

“I offer my deepest condolences to the families of the victims of this tragic incident and pray for the quick recovery of the injured.”