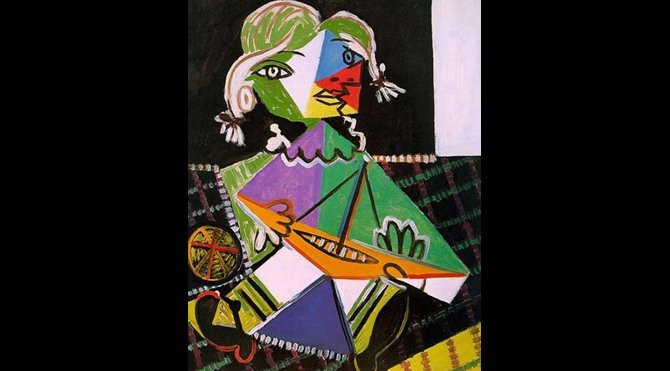 Image of Picasso's 'Maya in a boat' painting of his daughter, Maya Ruiz Picasso. Credit: Wikipedia ©Pablo Picasso Fair Use

Maya Ruiz Picasso, the daughter of legendary Malaga painter Pablo Picasso passed away at the age of 87.

In a statement, he said: “Maya Ruiz-Picasso died peacefully this morning surrounded by her family.” Miquel Iceta, the Minister of Culture and Sports, wrote on social media: “Rest in peace”.

Maya was born in 1935, in the French town of Boulogne-Billancourt in 1935. She was the result of the painter’s relationship with Marie-Therese Walter, the French model who was said to have been one of his great loves.

She was recognized as an expert in her father’s paintings, starring in various donations of the artist’s legacy to different museums. A large part of her professional career had been dedicated to promoting the Picassian legacy. Her death of her tragically occurred at the beginning of the Picasso year, on the occasion of the 50th anniversary of the artist’s death of her.

On numerous occasions, Maya posed for Picasso, both for paintings and sculptures. These included a series of portraits of her from her in the painter’s fully cubist era, in 1938, such as the ‘Mayan canvas with a boat’.

More than five years ago, the Spanish Government granted Ruiz Picasso Spanish nationality. This occurred just three days before the presentation of the exhibition ‘Pieta and terror in Picasso: the Road to Guernica’, which was held at Madrid’s Museo Reina Sofia to commemorate the 80th anniversary of the creation of this painting.

Iñigo Mendez de Vigo, then the minister of the field, said: “While Picasso was painting Guernica, this girl, now not so much a girl who is granted Spanish nationality, fiddled with her father’s brushes”, as reported by malagahoy.es .