Putin orders witch hunt calling for “traitors, spies, saboteurs” to be hunted down 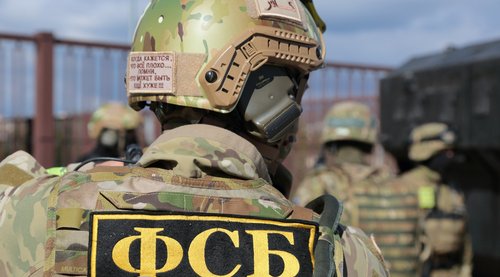 Russian President Vladimir Putin has ordered his counterintelligence services to step up their hunt for what he described as “traitors, spies and saboteurs.”

According to The Moscow Times on Tuesday, December 20 Putin said that efforts needed to be stepped up to prevent threats from abroad.

Speaking on Security Agency Worker’s Day, a professional holiday in Russia, the Russian leader laid out his “high demands” for Russia’s security agencies that he said needed to respond to “new threats and challenges.”

He said: “You must put a firm stop to the activities of foreign special services, and to promptly identify traitors, spies and saboteurs.

Among his demands was for the Federal Security Service (FSB) and National Anti-Terrorism Committee to jointly take “special control” over strategic facilities. In addition to protecting the transport and energy infrastructure, he said they must “step up” the surveillance of state borders.

Russian regions bordering Ukraine have regularly reported cross-border attacks since the country was invaded, prompting the Kremlin along with western sanctions to try and position itself as a “besieged fortress” in a geopolitical standoff.

The call came the day before a rare admission by Putin that the situation on the border was “extremely complicated” saying: “The people who live there, Russian citizens are counting on you and your protection.

Speaking to the employees of the FSB, the Foreign Intelligence Service, the Federal Guard Service, and the Chief Directorate for Special Programs of the four regions he claimed to have annexed he said: “Today’s rapidly changing global situation and the emergence of new threats and challenges impose high demands on the entire system of Russia’s security agencies.

“This means that you need to significantly improve your work in key areas, and use your operational, technical and personnel potential to the fullest.”

The order by Putin to hunt down “traitors, spies, saboteurs” suggests that he may be struggling to retain his tight grip on the Kremlin and the people of Russia as the war drags on.