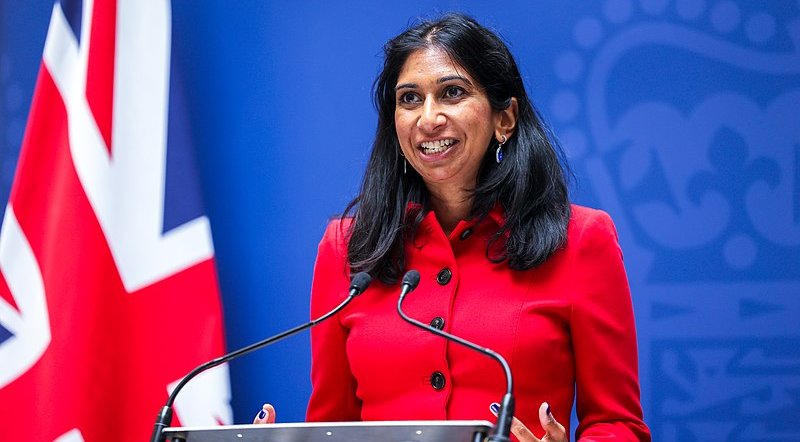 The UK’s Home Secretary Suella Braverman admitted that she has been unable to find an airline willing to fly migrants to Rwanda.

Speaking at a Lords Justice and Home Affairs Committee on Wednesday. December 21 she said that there were “ongoing discussions with several airlines.”

Privilege Style, a Spanish charter company, was originally contracted to fly migrants but pulled out after a legal challenge in June that saw the first flight grounded. Pressure from campaigners and the threat of legal challenges she admitted, had deterred many companies from taking on the work.

When she was asked directly whether she had found another airline to replace Style Privilege she said: “We have a lot of ongoing discussions with several airlines.

“We are returning people almost every week to various countries around the world. We do that through scheduled flights, we charter flights… so we’re in a variety of discussions with several airlines for lots of different destinations.”

She added that delivering on the Rwanda deal was paused whilst the case went through the courts adding that she was committed to sending migrants to Rwanda as soon as possible following the ruling by the High Court.

In that ruling, they said that the UK government’s multi-million-pound plan to give migrants who cross the Channel to the UK a one-way ticket to the east African nation was lawful.

But further litigation is expected and therefore she said it was not possible for further flights to take off.

The comments came on the same day the United Nations Human Rights Commissioner Volker Türk, said that the scheme was ethically and legally problematic. Contrary to the UK government’s statements that the scheme is a world-leading solution, he warned that in the past similar “offshoring” schemes had led to “deeply inhuman” treatment of refugees.

Speaking to the Guardian newspaper he rejected Prime Minister Rishi Sunak’s description of the £140m deal as “common sense”, he said it was “very costly” and “unlikely to work.”

He added: “You cannot offshore your responsibilities to another state in the way that is envisaged [by the UK government].

Asked whether the government should go back to the drawing board, he said: “Yes, absolutely,” comments that come on the same day the home secretary admits no airline is willing to fly migrants to Rwanda currently.