UPDATE: The aquarium that exploded in Berlin was a ‘ticking time bomb’ says expert 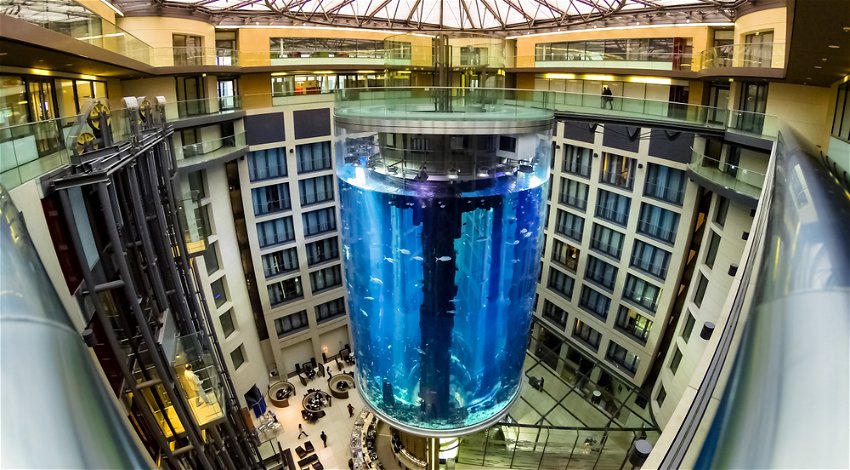 21:25 (December 21) – A German expert has called the aquarium that exploded in Berlin’s Radisson Blue hotel, a “ticking time bomb” that everyone should’ve seen coming.

Hermann Schuranm, former owner of the Schuran Seawater Equipment, says that he is not surprised that the enormous tank exploded.

The expert in constructing similar facilities said that it should have been made clear that the aquarium would not last forever, with some as many 25 years but no more. However, the structure finally burst after just 19 years.

He claims that he was asked to quote to build the aquarium but declined to do so, saying it was too big and that he could not guarantee how long it would last.

Schuranm blames the people who built it saying that it should have been inspected every two years, “Otherwise, there is negligence.” He added he doesn’t know what process was used to strengthen the structure but if it was not properly prepared and that is very expensive, then it would lead to cracks in the glass.

The contract stipulates that there must be regular inspections, but no frequency is specified. “That Aquadom should have been heated to 80 degrees with an oven after construction and then again after the renovation. That is very expensive, but it is possible.” If it doesn’t happen, he says, it can result in stress cracks in the glass.

The glass did crack although it was not picked up by cleaning staff the night before, dumping a million litres of water and 1,500 fish into the lobby of the hotel.

11:36 (December 16) – A 16-metre high, the largest free-standing aquarium in the world burst spewing water and fish throughout the lobby and into the street.

According to the news site RND on Friday, December 16 the aquarium was the feature of the Radisson Blue hotel in Berlin-Mitte containing more than 1,500 fish.

Guests said that there was a loud bang at around 5:30 am followed by a rush of water, the noise of the explosion bringing guests out of their rooms to see what was happening.

One frightened young woman told the German Press Agency: “We were really scared.” No one on reception was answering the phone either.

She said that the management of the hotel had not told them what was going on, with other guests agreeing that there was just no information about had happened or what action if any they should take.

She finished by saying: “After 8 o’clock came the information that we had to get out.”

Another guest said that he had left the hotel to go for a smoke, on his return he said: “You could see that the whole thing broke apart.”

He added: “I had already seen that the beautiful aquarium was gone” and that police were on the scene and he was prevented from entering the premises. His wife was still in the bedroom.

Continuing she said that he had watched divers cleaning the aquarium the night before saying: “That was super interesting. I took pictures there.”

Guests say that the hotel looks like a war zone, there are dead fish everywhere and everything inside the hotel has been destroyed. All the windows have been shattered and many of the doors broken.

Bro what the fuck the fish tank of my hotel just exploded in the middle of the night WHATS GOING ON. #radissonblu #Berlin #aquarium #Explosion pic.twitter.com/Od8iS9YxBN

According to the owners of the AquaDom in Sealife was the “largest, cylindrical free-standing aquarium in the world.” It was a well-known attraction and made of acrylic glass. It was 16 meters high and had a diameter of 11.5 meters and had an elevator that travelled through the interior of the aquarium.

There were believed to be more than 1,500 fish of more than 100 species, living in over one million litres of salt water. The weight of the water in the world’s largest free-standing aquarium, is said to have been around 1,000 tonnes.