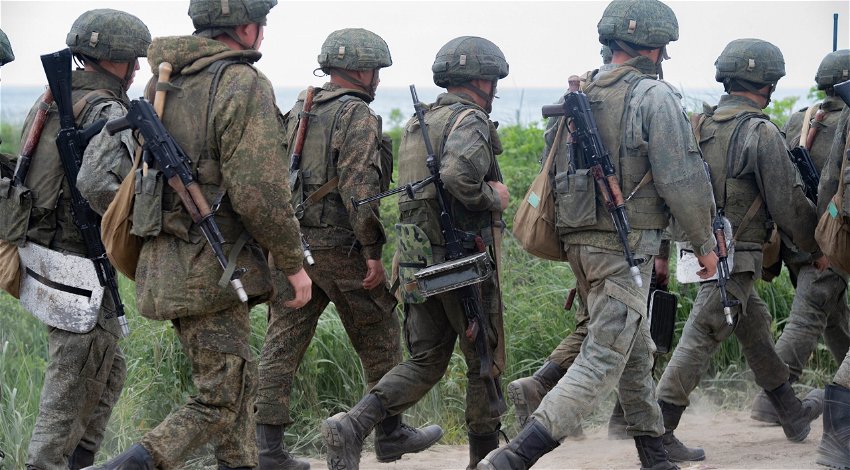 PRO-RUSSIAN Commander of the Vostok Battalion, Alexander Khodakovsky, took to his Telegram channel on Wednesday, December 21 to ask whether Russia’s people were losing faith in the ‘special military operation’ in Ukraine.

Alexander Khodakovsky, the commander of the pro-Russian Vostok Battalion and a former commander of Ukraine’s Alpha special unit of the Security Service of Ukraine, asked whether Russia’s people had lost faith in the operation in Ukraine.

“At the beginning of the operation the popular talk that the war would become a stimulus for internal transformation indicated that we were not expecting quick and bright successes at the front and were shifting the emphasis to the domestic victory of all that was bright overall that was not bright,” the 50-year-old wrote.

“It was beautiful and romantic, but there has been less and less such talk of late – have we lost faith? It’s still early days, but precious time is running out.”

Speaking about why Russia was in Ukraine, Khodakovsky said: “What is our task in relation to Ukraine?

“Demilitarisation and denazification are not an end in themselves, they are cleansing actions designed to bring Ukraine to some kind of state – to do what?”

He added: “Holy space, as we know, is never empty, and if we don’t occupy it, someone else will. We understand that, so we were supposed to put the “space” in order and occupy the ‘living space’.

“Obviously, we could not evict the raiders straight away – what are our objectives now, apart from “not losing”? Do we still have a claim on this “living space” or is it another strategic task? Or is there no strategy at the moment? But if there is no strategy, then the war becomes a process for the sake of the process – and this is unacceptable.”

Alexander Khodakovsky’s question comes after around 510 more soldiers from Russia were killed by Ukrainian forces in the latest Russian combat losses released by Ukraine.

This saw the number of Russian soldiers reportedly killed during fighting in the conflict rise to around 99,740, according to Ukraine’s MoD.