BREAKING: HMA Hugh Elliott delivers message to those currently unable to drive in Spain on their UK licence 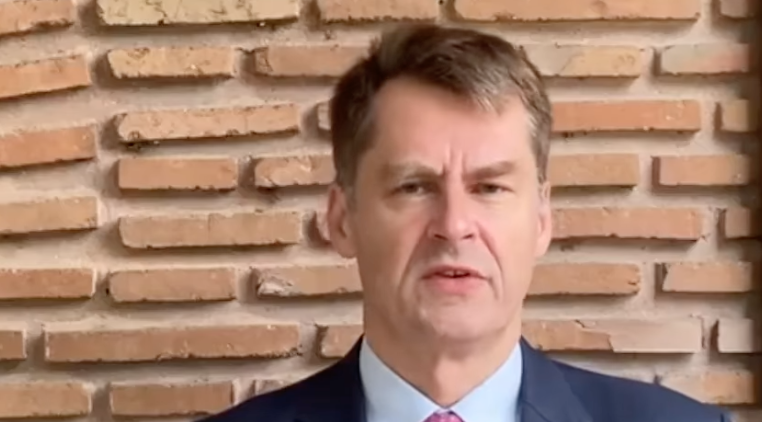 BREAKING: HMA Hugh Elliott delivers message to those currently unable to drive in Spain on their UK licence. Image: Brits in Spain/Facebook

TAKING to Facebook on Wednesday, December 21, HMA Hugh Elliott delivered a message to those currently unable to drive in Spain on their UK licence.

HMA Hugh Elliott acknowledged that Brits living in Spain might be frustrated by the ongoing UK driving licence issue and issued a message to ease some worries.

“As we move into the festive period, I know that those of you who are currently unable to drive on your UK licence will be really anxious to know just when the final approvals are going to come through,” he said.

“So, let me tell you where we are. The agreement itself is done and, as you know, is now going through the final checks.”

He added: “Specifically, the situation is that on the UK side, the necessary authorisations are in place, pending resolution of some final points of technical wording. On which we are waiting for Spain to get back to us.

“Once these checks are done, the agreement will go to Spain’s Consejo de Ministros (Council of Ministers) for political sign-off.

“Now of course this is a Spanish political process, so it’s outside of our control, but it is worth saying that our very clear understanding is that any international treaty must go through this process and we have been assured that it will be a smooth one.

“These meetings typically take place once a week and we and Spain are agreed on the need to finish these processes as soon as possible. So work will continue between Christmas and New Year and as soon as we have any news we will let you know,” he added.

“Now I know that it is disappointing that you are not back on the road yet. But I hope you take soon reassurance from knowing how very close we are to concluding this process.”

Brits in Spain reacted to the news on social media.

One person said: “Again very good positive news from the embassy. Of course, if you really needed to drive you could have past you Spanish test by now.”

And another person wrote: “Thank you for the update Hugh, I’ve been keeping a close eye on this situation as I am also one of the people that are unable to drive in Spain at present.

“I’m happy to hear that we seem to be on the final stretch with the agreement, thank you to you and your team for the time and effort you are putting into getting us back on the road again.

“People are clearly very frustrated with all of this, myself included, but as you say, there is a process that needs to happen for matters like this to be resolved.”

While a third person said: “It’s a farce really, why couldn’t we go back to the agreement in April where people were allowed to drive while the process came to a conclusion? Very poor performance for not insisting on this. This has dragged on long enough, now we are completely in the hands of a government that has no real incentive to get this completed in a reasonable timeframe.”