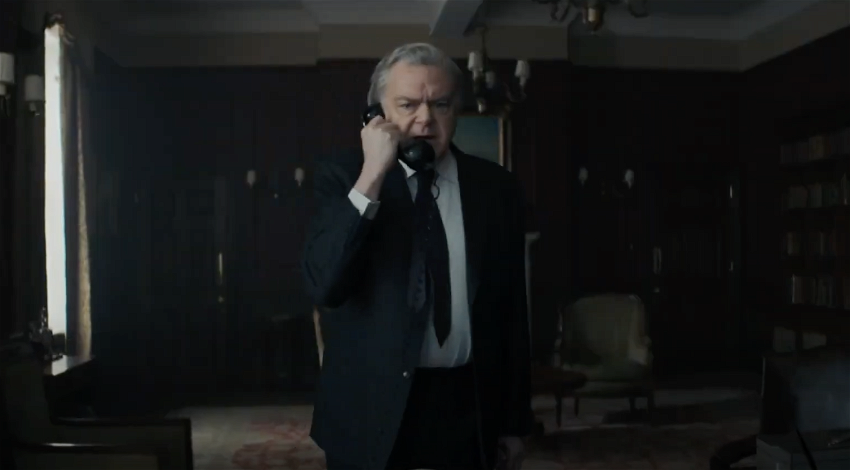 IN September, the Euro Weekly News exclusively revealed the news that Pirates of the Caribbean, Downton Abbey and The Crown star Kevin McNally is set to film upcoming blockbuster Musketeer in Marbella. Ahead of filming, the EWN sat down with the A-lister again to discuss his other latest project, Stonehouse, set to be ITV’s must-watch series over the festive period.

Following the bizarre real-life story of John Stonehouse, the Labour minister who attempted to fake his own death in 1974, the three-part drama features McNally as prime minister Harold Wilson as he handles the fallout for his cabinet.  Spooks stars Matthew MacFayden and Keeley Hawes also star as Stonehouse and his wife Barbara as their ill-fated plot unravels spectacularly.

“When I read it I adored the script and when I watched the first episode a few weeks ago I was very pleased that they’ve brilliantly managed to achieve the balance between genuine jeopardy and very high comedy,” McNally told the EWN.

“Matthew McFayden is beautiful in it.  He’s one of the best actors in the country and maintains the jeopardy of Stonehouse brilliantly.”

This is the second turn for McNally as Harold Wilson after playing him in Legend alongside Tom Hardy.  Kevin said: “It was lovely playing him again.  The very clever writer of Stonehouse has given Wilson a bit of an arc in this series from being on top as new prime minister to his later years when there was some doubt about his cognitive abilities.”

Speaking about the parallels between the 1974 plot and the UK’s current state of politics, Kevin explained: “I was thinking a lot while playing Wilson how easy it is to get dragged into quagmire of politics and not be able to get out.

“It makes you think, if you don’t pay your mortgage you lose your house but if you’re a banker or politician and you mess up you don’t always lose your job.”

Next up on the star’s work diary is a new series of the popular Alex Rider teen spy franchise which he begins filming in January.  He told the EWN: “I’ve got a great part as a likeable baddy and I’m looking forward to it immensely.”

After a 50 year acting career, McNally told the Euro Weekly News he also has plans to make his directorial debut after making his first ever short film during the pandemic, to much critical acclaim.  Now looking at scripts for two films, he explained he will make both into shorts with a view to directing one as a feature length film.

In a boost for Spain’s own film industry, McNally also told the EWN the script for Musketeer, in which he stars as Porthos as he gets the trio back together, is now ready ahead of filming in Spain.

Other big names are also slated to be appearing in the film.