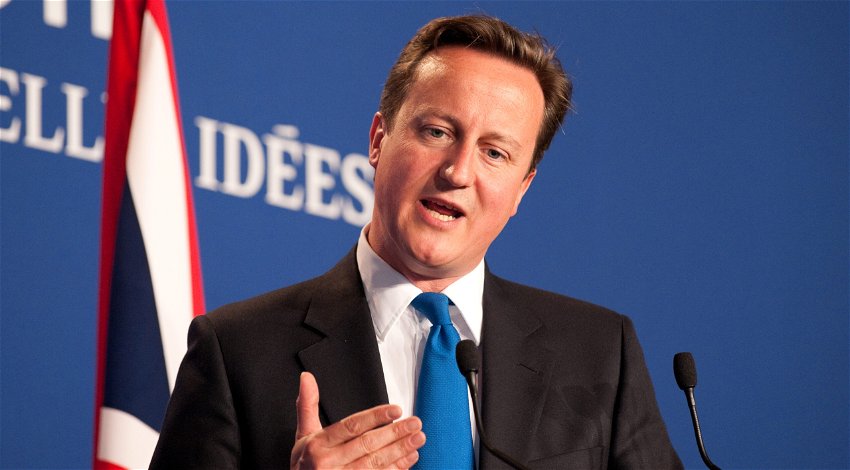 FOLLOWING the news that David Cameron is set to take a job teaching politics at a university at a university in Abu Dhabi (yes really), it got me thinking about all the possible jobs for former politicians.

To be fair to Cameron it’s only a three-week gig, but it did inspire me to take a look at

all the weird and often very unexpected things some of our former elected representatives end up doing.

There’s the eternally-mocked Lembit Opik who instead of choosing a career as the third member of the Cheeky Girls (you can almost hear Simon Cowell cursing himself for that missed opportunity), went straight into stand-up comedy after losing his seat in 2010.

His foray into being funny was admittedly short-lived but an unexpected twist of political fate nonetheless.

And of course, who during the 2008 financial crash could have predicted seeing former chancellor of the exchequer Ed Balls dancing to Gangnam Style just a few years later?

Of course much is already said about the former politicians who go into astonishingly lucrative roles in after dinner speaking and other careers that most normal people wouldn’t consider, well, work.

Tony Blair, as well as establishing a foundation which seeks to bring peace to the Middle East, seems to have been able to make life fairly comfortable for himself with an estimated €50.3 million personal worth made from a mixture of advisory roles, book writing and speech making.

Boris Johnson is already said to have made €1 million from just four speaking engagements since his term as PM came to an abrupt end in September.

Given that being an MP in and of itself simultaneously qualifies you for almost everything and absolutely nothing though, is there such a thing as a really appropriate job for a former MP?

Of course, the ones who started life as a doctor, lawyer or other profession/trade can simply slot back in where they left off.  But what about the ones who’ve only ever known politics?  Where do they go?

I’m sure the general public would have some suggestions.