Macron warns about Russian consequences of Ukraine’s accession to NATO 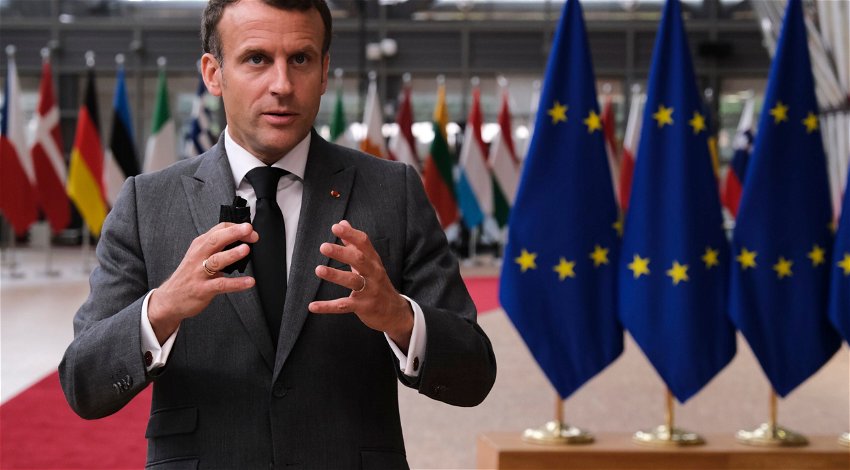 FRENCH President Macron, who suffered the upset of not being called by Vladimir Putin on his 45th birthday, has warned about Russian consequences of Ukraine’s accession to NATO.

French President Emmanuel Macron has said that Ukraine’s possible accession to NATO would be perceived by Russia as a confrontational move, but believes that the scenario of Ukraine’s admission to the alliance is not the most likely.

Speaking to French newspaper Monde, Macron said: “Ukraine’s accession to NATO will be perceived by Russia as something confrontational… Regardless of whether Ukraine joins NATO – which is not the most likely scenario – it will have to provide security guarantees.”

According to Macron, the security and stability architecture in the region should include not only security guarantees for Ukraine, but also for Moldova, Armenia, Azerbaijan, Georgia and then Belarus.

“We cannot think about the security of this zone only through the prism of NATO,” the French leader said.

Prior to the statement from the French president, Russian Foreign Minister Sergey Lavrov said that the USA and NATO were directly involved in the conflict in Ukraine, “including not only by supplying weapons but also by training personnel… in the UK, Germany, Italy and other countries”.

In fact, this view was also voiced by Russian Press Secretary Dmitry Peskov who told reporters on Thursday, December 22, that American Patriot anti-aircraft missile systems will become a legitimate target of the Russian military.

Following the visit of Ukraine’s President Volodymyr Zelensky to the US where he met with President Joe Biden, Peskov said the countries’ alliance against Russia will not prevent Putin from achieving his goals in Ukraine.

“Of course, like all other types of weapons used by the armed forces of Ukraine. Still, demilitarisation is one of the goals of a special military operation,” he said in response to a journalist’s question about the upcoming delivery of US weapons to Ukraine.

According to Peskov, the United States and other countries are constantly expanding the range of weapons supplied to Ukraine, which prolongs the suffering of the people of this country, but will not be able to prevent Russia from achieving the goals of the special operation.