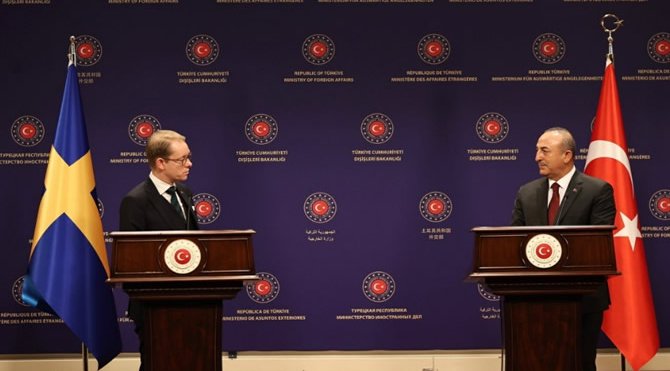 Sweden’s NATO membership application is still being vetoed by Turkey as long as the journalist Bulent Kenes is not handed over to Ankara.

Turkey voiced its disapproval on Thursday, December 22, of Sweden’s failure to extradite a journalist implicated by Ankara in a failed coup attempt in the country back in 2016. The extradition of Bulent Kenes was blocked by Swedish Supreme Court last Monday, December 19.

Kenes was the editor of the English-language newspaper, Today’s Zaman, based in the Istanbul suburb of Bahcelievler. Five days after the failed coup, on July 20, 2016, an executive decree was signed by Turkish President Recep Tayyip Erdogan and the news outlet was closed down.

Arrest warrants were immediately issued for 47 former employees of the paper, including Kenes, who was subsequently granted asylum in Sweden. Officials in Ankara have been demanding his extradition to face charges. As a result of the delay, Turkey has been playing hardball over Sweden’s NATO application and refuses to lift its veto.

During a press conference on Thursday 22, Mevlut Cavusoglu, the Turkish Minister of Foreign Affairs said: “If we are to be NATO allies, we need to see concrete cooperation in the fight against terrorism. But our talks continue in a constructive way. The recent rejection of the extradition decision of Bulent Kenes has unfortunately seriously poisoned this atmosphere”.

He reiterated that it would be easier in January for constitutional changes to take effect regarding the prosecution of ‘terrorists’.

When Russian President Vladimir Putin invaded Ukraine on February 24, Finland and Sweden broke with a tradition of non-alignment that dated back decades and applied to join NATO. Only two members have failed to ratify the entry of both Nordic nations – Hungary and Turkey.

The latter has insisted that the two Scandinavian neighbours clamp down on the activities of Kurdish militants and other groups its government considers to be terrorist organisations, as reported by euronews.com.