British pubs under threat with at least one closing every day 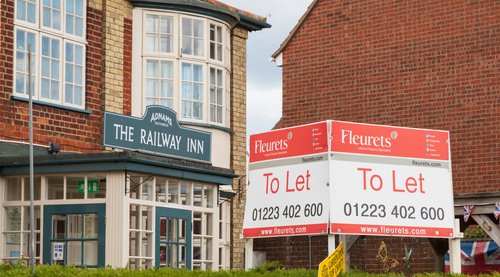 The latest government figures show that at least one pub closed every day during 2022 with the industry under threat and facing one of its worst periods in decades.

According to a report by the Altus Group on Saturday, December 24 pubs are facing a dual squeeze with staff shortages accompanied by skyrocketing costs.

Staff shortages have been an issue for the UK’s hospitality sector ever since the pandemic and have seen many businesses operating shorter hours or having to restrict the number of patrons.

Exorbitant energy costs and soaring costs of everything from daily essentials to foods, resulting in shrinking margins. Add to that the cost-of-living crisis that has in some areas seen a fall in customer numbers.

Despite the dire situation many pubs find themselves in, the number closing has fallen by 13.1 per cent in comparison to 2021, when many failed following the pandemic.

The British Beer and Pub Association (BBPA) has said that many more will close unless there is further support or a change in the situation. But with government borrowing rapidly rising and a recession on the horizon, it’s not looking likely that government support will be forthcoming.

The figures suggest that more than 2,600 pubs have been decommissioned completely in recent years as they are knocked down to make way for homes or businesses.

Some 40,000 are up for sale or are to let according to Altus Group’s Vice-president, Ben Nelson, who told the Guardian: “Many publicans that I speak to are worried that this could be their last Christmas and really needed certainty about future support.

“High operating costs and low margins make plots attractive for alternative investment and use so continued support is vital to protect pubs as they play an important role at the heart of their local communities.”

Currently, the sector is receiving support from the government with energy bills, but that support ends in March and there is no indication currently that it will be extended as the government battles to plug its own black hole.

British pubs are very much part of the UK’s culture and have been under threat before, but whether that resilience will see them through this time remains to be seen with the cost-of-living crises changing people’s habits and spending patterns.