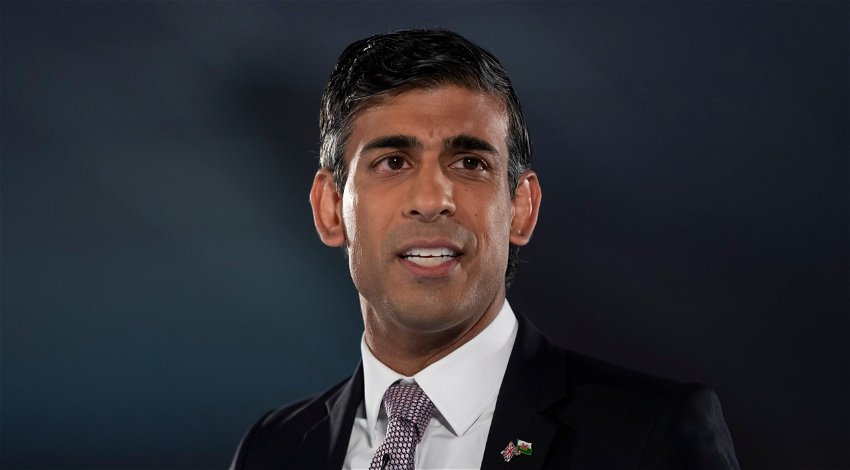 The UK’s Prime Minister Rishi Sunak has been accused of being “out of touch’ after he asked a man at a homeless shelter “do you work in business?”

The excruciating exchange was caught on video while he was helping out a local homeless centre, servicing breakfasts on Friday, December 23.

What was intended to be a great photo opportunity went sadly wrong in the exchange during which he is heard asking the man he is serving:  “Do you work in business?”

The exchange followed a question of the multi-millionaire businessman by Dean who wanted to know: “Are you sorting the economy out?”

Sunak replied asking what business he was in, to which Dean replied: “I used to work in finance, actually.”

Mr Sunak then asked: “Is that something you’d like to get into?” to which Dean replied: “Yeah I wouldn’t mind.

But, I don’t know, I’d like to get through Christmas first.”

Sunak then asked: “What’s your plan, what are you doing this weekend?” to which Dean replied that he was hoping the homeless charity St Mungo’s could help him get into temporary accommodation saying “so I’m not on the street.”

“Do you work in business?"

Missing the opportunity to help Dean directly, Sunak continued to help serve the breakfasts. Following the exchange, Sunak praised the “fantastic work” being done to support people at Christmas.

Speaking to the media he said: “Most of us this weekend, this Christmas, will be inside, will be warm, will be safe, will be with our families.

“But sadly that’s not true for everybody.” He then slipped into politician mode saying: “And that’s why the Government’s investing a significant amount to reduce the number of people who are sleeping rough or are homeless.”

The government also announced that it would invest a further £654 million into dealing with the UK’s homeless problem over the next two years.

The exchange, which has gone viral online, showed Sunak to be blissfully out of touch and even failing to spot an ideal opportunity to show that he did care. The opposition Labour Party have jumped in criticising the prime minister for being “sadly out of touch.”

The situation is missed opportunity for a wealthy UK prime minister who has been accused of failing to understand the plight of the average Britain with many accusing him of being “out of touch.”