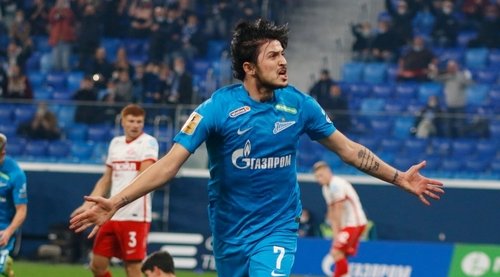 A final decision has yet to be taken but it is clear that Russian football is looking to break ties with Europe as sanctions take their toll on the ability of the teams to compete.

According to news site Kommersant on Saturday, December 24 a meeting of the executive committee of the Russian Football Union (RFU) was held in Moscow during which the possibility of moving to the Asian Football Confederation (AFC) was discussed.

It is understood no final decision was taken to break ties with UEFA, but that a decision would be taken before the year-end that is expected to confirm the break.

The possibility of a break has been under discussion for some months following the imposition of European sanctions in response to Russia’s invasion of Ukraine.

RFU President Alexander Dyukov has said that the Asian federation is more friendly towards Russia and whilst not as rich or as competitive, it was a logical choice given sanctions.

Dyukov and his fellow board members are believed to understand that there is little room for manoeuvre in Europe and that it really has few options. But he said it was still necessary to look for another solution as, “this issue will have an impact on how Russian football will develop in the future, at least in the next ten years.”

To withdraw from UEFA Russia will need to give at least six months’ notice, which means that if it is to leave it will need to submit its resignation by December 31. If it doesn’t do so it will both miss the 2024 European Championships and the next World Championships, scheduled for 2026.

Currently, Russia would not be able to compete in the latter given sanctions, however, the hope is that the world will have returned to some normality by then.

FIFA is said to also need time to assess any application from Russia to move, as does EUFA with the decision requiring the approval of more than half of the organisation’s 47 members.

According to Dyukov there is no guarantee an application would be accepted, but he said the probability was high. He also said that almost all clubs were in favour of the move although the leagues and tournaments were less lucrative.

But as he said everyone wants to play and that need is perhaps more important than all the other considerations.

A final decision on whether Russian football will break ties with Europe and integrate with Asia is to be announced on Tuesday, December 27.

The final decision of the RFU regarding the transition to the AFC will be announced on Tuesday, December 27.