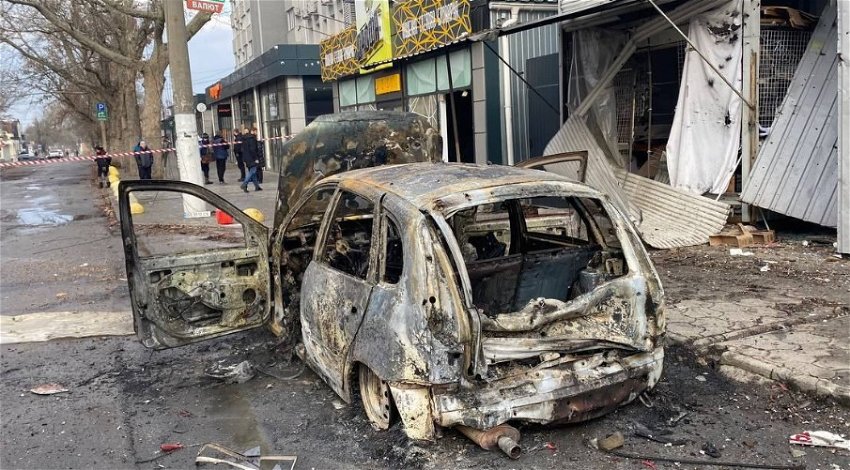 At least eight people are reported to have died after the Russian military shelled the centre of the Ukrainian city of Kherson, with another 58 left injured.

An attack by the Russian military on the Ukrainian city of Kherson today, Saturday, December 24, left at least five people dead according to reports. Many more suffered injuries as shells rained down on Christmas Eve.

Anton Gerashchenko, an advisor to the Minister of Internal Affairs of Ukraine posted images on his Twitter profile @Gerashchenko_en. He said that at least 16 of the 35 injured were in critical condition.

Kherson after Russian shelling. So far we know of 5 dead and 35 wounded, 16 of them are in critical condition.

These people were civilians, killed because they didn't want to be a part of the "Russian world".

Russia is a terrorist state. pic.twitter.com/6Thq9GcAts

Gerashchenko updated his post about 40 minutes later to add video footage provided by the Kherson Regional State Administration, of the carnage in the centre of the city. The number of dead had risen to eight with 58 wounded, 18 of them seriously he reported.

A video from the centre of Kherson was posted by the head of the Kherson Regional State Administration.

As of now, 8 dead and 58 wounded are known. 18 of them are seriously injured. pic.twitter.com/yoUHrTmjLz

Oleksiy Reznikov, the Ukrainian Defence Minister commented: “The barbaric shelling of Kherson by Russian terrorists is revenge on its residents who resisted the occupation and proved to the world that Kherson is Ukraine”.

“Ukraine can prevent such tragedies if it has more counter-battery means, more artillery and more long-range ammunition”, according to a post on the Ukraine Now Telegram channel.

It also reported Foreign Minister Dmytro Kuleba as saying: “Christmas Eve. Russia’s terrorist strike on Kherson has resulted in numerous civilian casualties. While families in Europe, North America and other countries are preparing festive dinners, think about Ukraine, which is now struggling with evil. We need your active and continued support to win”.

Advisor to the head of the Presidential Office Mikhail Podolyak added: “Let me remind those who suggest considering Putin-Lavrov ‘peace’ initiatives: now Russia is ‘negotiating’, killing Khersonians, wiping Bakhmut off the map… Russia wants to kill with impunity. Shall we allow it?”.