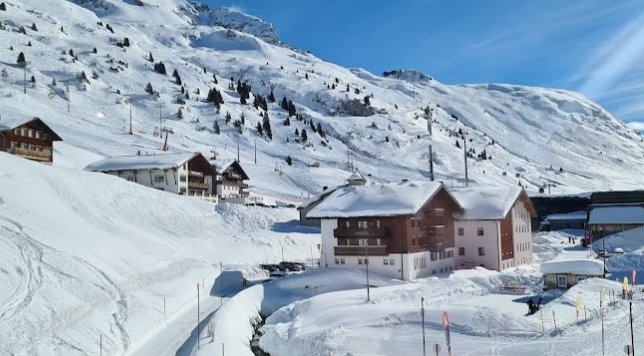 A rescue operation in the Austrian ski resort of Lech-Zurs am Arlberg resulted in eight people being pulled out of the snow alive after a massive avalanche struck, with two still suspected to be missing.

Eight of the ten people initially reported missing following a massive avalanche on a ski slope in the Austrian ski resort of Lech-Zurs am Arlberg today, Sunday, December 25, have been located alive. Six were rescued unharmed while two others required hospitalisation, according to the Austrian public broadcaster ORF.

The incident occurred at around 3pm on ​​slope no. 134 in the Trittkopf mountain area. Video footage posted on social media suggested that as many as ten people could have been buried under the snow.

As reported by the Security Councilor for the Voralberg region, the search continues for two other people who might yet still be buried.

In preparation for a further search once it gets light, the Bundesheere’s avalanche operation platoon will move into the Walgau barracks for the night. At daybreak, they will be prepared, if needed.

“Whether we need them will be decided in the coming hours”, said State Security Councilor Christian Gantner. “We will search until we can rule out that there are no more people under the avalanche”, he assured.

“It is very positive that no missing person reports have been received so far,” explained Gantner. All accommodation establishments on the Arlberg and in the Klostertal have been asked to report if any of their guests are missing.

Eight helicopters from Vorarlberg and Tyrol were used to search for the buried people. Around 200 emergency services personnel were involved in the operation. Their search continued after darkness fell: “Everything with headlights and emergency vehicles is being used. Everything possible is being done to rescue those buried as quickly as possible”, said Hermann Fercher from the operations control centre.

Although the helicopters stopped flying once it got dark, the search operation continued in the illuminated areas with rescue dogs and probes incorporated.