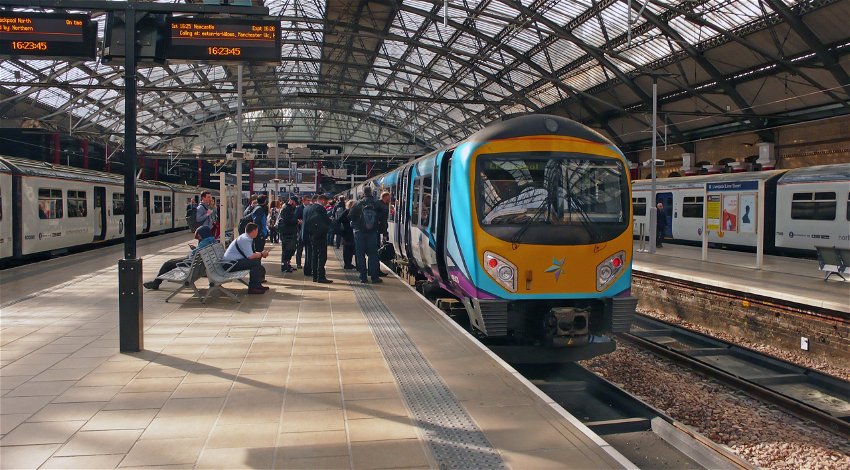 No train services will be running on Boxing Day, with Merseyrail, ScotRail, Northern and Southern trains affected by tomorrow’s strike action. The strikes will also hit those travelling to airports and people trying to travel to sporting fixtures.

No trains will be running in the UK tomorrow, December 26, because of the second of two days of industrial action, causing travel chaos across the country for travellers.

Hundreds of trains are normally running on Boxing Day, but tomorrow, thousands of people will be forced to make alternative travel plans because of strikes by the Rail, Maritime and Transport (RMT) union.

Those travelling to the airport will now have to make plans to travel via road to popular services such as the Stansted Express and Heathrow Express cancelled.

Domestic football is now getting underway following a break for the World Cup, with fixtures being hit by the action, reports Sky News.

The AA estimates that around 15.1 million cars are expected to be on the road tomorrow, and the RAC predicts that the M25 will be hit with queues. The National Express and Megabus have also seen an increase in demand for tomorrow as people plan their travel after the festivities.

An AA spokesman said: “Traffic is likely to build around shopping centres as lots of people seek a bargain in the sales, meanwhile football fans will travel to see their teams.

“There is scope for localised traffic congestion and more short trips, but traffic should be dispersed throughout the day as people take their time after Christmas Day.”

Services affected by the strikes include Merseyrail, which normally runs a regular Boxing Day service across its network, ScotRail, which was due to operate trains in Strathclyde, Edinburgh and Glasgow, and Northern, which connects Liverpool and St Helens.

Southern Trains will also be affected, with services between London Bridge, Brighton and Croydon affected.