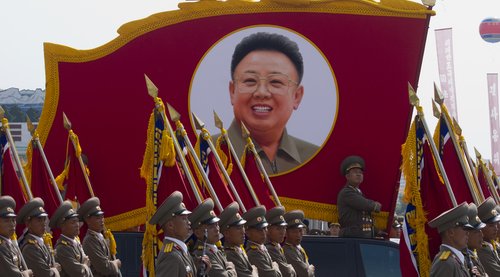 North Korea has taunted its southern neighbour for the first time since 2017 sending several drones across the border.

According to the Yonhap news agency on Monday, December 26 South Korea responded by firing warning shots and scrambling attack aircraft. One of those, a light attack aircraft KA-1, is said to have crashed after being scrambled although no details have been provided.

The drones were picked up by the South Korean military in the areas of Gimpo, Paju and Ganghwa Island in Gyeonggi Province resulting in the closure of airspace in these areas for around an hour.

It is understood that at least one of the drones reached populated areas, however, it is not known for what purpose or whether video footage and photos of military locations were taken.

The incursion into South Korean airspace follows the recent step up in military activity from the North, a country that has conducted regular missile launches over the last few months. Some 17 missiles have been monitored by South Korea and Japan, who recognising the potential threat have made the call to once again arm the country.

Such tests have also been accompanied by increasing provocations from China which has taken to flying regular military excursions into Taiwanese airspace. It also follows joint military exercises between Russia and China in what are worrying developments in the Far East.

North Korea has increased its rhetoric against the U.S. and its allies in recent months, with the sending of drones across the border into South Korea as part of its effort to flex its military might.