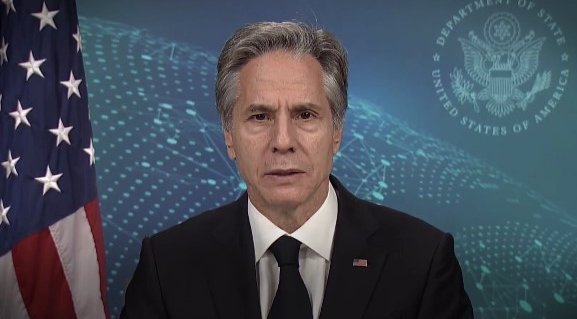 The recent call between the U.S. Secretary of State Anthony Blinken and Chinese Foreign Minister Wang Yi turned into a total fiasco according to a former diplomat.

A call between the U.S. Secretary of State Anthony Blinken and Chinese Foreign Minister Wang Yi on Friday, December 23, allegedly turned into a fiasco. This was reported by the former diplomat Melkulangara Bhadrakumar, writing in the Asia Times.

According to the observer, Blinken tried to play the role of ‘world policeman’ and believed that he had the right to know about China’s dealings with Russia and Germany.

In particular, Blinken was referring to the recent talks that Chinese President Xi Jinping held with German President Frank -Walter Steinmeier and Dmitry Medvedev, the Deputy Head of the Russian Security Council.

I spoke with PRC Foreign Minister Wang Yi today. We discussed U.S.-PRC relationship, Russia’s war against Ukraine, the COVID-19 pandemic. It is critically important to maintain open channels of communication.

Bhadrakumar suggested that Blinken probably ‘reasonably assumed that Steinmeier’s phone call to Xi on Tuesday, followed by Medvedev ‘s surprise visit to Beijing, and his subsequent meeting with Xi on Wednesday could not have been accidental’.

Moscow and Beijing have also been working on organising a meeting between Putin and Xi in late December according to some media reports. Medvedev, in turn, was supposed to give Xi a ‘very sensitive message’ from Russian President Vladimir Putin during his visit.

The observer also said that Xi put forward a three-point proposal to Steinmeier to develop Sino-German relations and stated that ‘China and Germany have always been partners’. At a meeting with Medvedev, the Chinese President stressed that ‘China is ready to work with Russia’ in order to take Sino-Russian relations to a new level.

Bhadrakumar pointed out that during these latest contacts between Chinese, Russian, and German politicians, the conflict in Ukraine was also discussed.

“It is not surprising that Chinese Foreign Minister Wang Yi severely reprimanded Blinken for trying to ‘simultaneously engage in dialogue and engage in containment’ and ‘talking about cooperation, stick a knife in China’s back'”, the expert pointed out.

“This is not reasonable competition, but irrational suppression. Such tactics are not aimed at resolving conflicts, but at their escalation”, the newspaper quoted Wang Yi as saying.

The previous contact between the U.S. Secretary of State and the Chinese Foreign Minister took place on October 30. During the telephone conversation, Blinken stressed the importance of maintaining open lines of communication and responsible building of relations between Washington and Beijing, as reported by gazeta.ru.