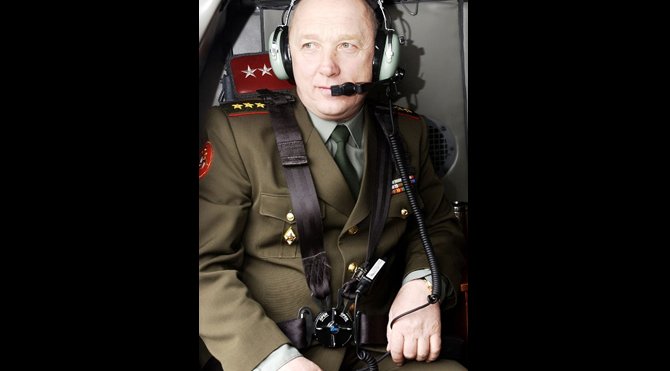 Another high-ranking Russian officer has died suddenly. As reported by RBC, General Alexei Maslov, the former Commander-in-Chief of the Ground Forces of the Russian Federation and later RU military representative to NATO, passed away unexpectedly on Christmas day, Sunday, December 25.

The 70-year-old died at Burdenko Main Military Hospital in Moscow. Maslov had worked at the tank manufacturing company, Uralvagonzavod. They are one of the largest main battle tank manufacturers in the world.

According to a message on the Uralvagonzavod Telegram channel: “Today, at 8 hours and 20 minutes at the Main Military Clinical Hospital. N.N. Burdenko, at the age of 70, Alexey Fedorovich Maslov died suddenly”.

Maslov worked as a special representative for military-technical cooperation at Uralvagonzavod. Born in the village of Panskoye in the Kursk region, he entered the army in 1970. In 1974 he graduated from the Kharkiv Guards Higher Tank Command School.

Since 2008, Maslov was Russia’s chief military representative to NATO. During his distinguished military career, he received many awards, including the Order of Merit for the Fatherland, II degree.

In a rather coincidental turn of events, Vladimir Putin had been scheduled to visit the city of Nizhny Tagil on December 24, one day before Maslov’s death. This trip was cancelled at the last minute.

As reported on December 23 by the Yekaterinburg TV channel E1 – citing three different sources – this trip included a visit to the UralVagonZavod tank plant where Maslov worked. The channel stressed the visit had been carefully prepared.

Ahead of his planned visit, the snow had been cleared from the streets for the first time this winter and traffic flow in the city was restricted. The city’s official Christmas tree inauguration was also cancelled in the district where Putin was supposed to inspect the factory’s various departments, as reported by english.nv.ua.

His death followed that of Alexander Buzakov, the General Director of the United Shipbuilding Corporation, Admiralty Shipyards. The 67-year-old died ‘suddenly’ on Saturday 24. Among other things, the company produced carriers for ‘Kalibr’ cruise missiles.