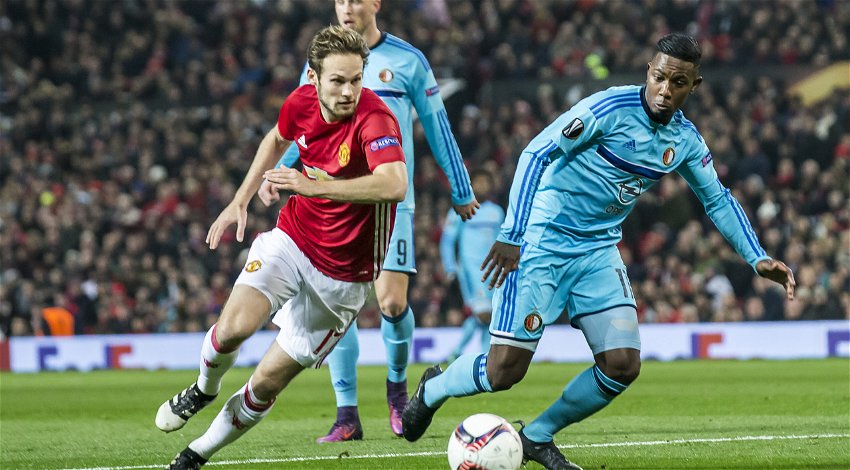 ONE of Manchester United’s former stars has had his club contract rescinded and is now a free agent, according to reports on Thursday, December 27.

Former Manchester United star Daley Blind has had his contract officially rescinded by Dutch club Ajax and now the Netherlands defender is a free agent.

Blind, the son of Dutch legend Danny Blind, started his career at Ajax, making his debut for the club on December 7, 2008, in the match FC Volendam.

The left-footed player left Ajax on a loan to FC Groningen in the second half of the 2009/2010 season, only to return to Ajax.

In the summer of 2014, he made a transfer to Manchester United. Four years later, Blind returned to Amsterdam to win both the KNVB Cup and become Eredivisie champion.

In 2019, he won the Johan Cruijff Shield for the second time. When Covid hit in 2020, Ajax ended first in the Eredivisie. During his last two full seasons at Ajax, Blind became Eredivisie champion two more times.

His total number of championships for Ajax in the Netherlands is 7. Besides those, the Ajax player won several individual prizes. Blind played 333 official matches, in which he made 13 goals.

The news was broken by Fabrizio Romano on Twitter.

A press release from the Dutch league champions read: “Ajax and Daley Blind have terminated their contract. The defender’s contract was set to expire on June 30, 2023, but will now end on December 31, 2022.”

Former Manchester United goalkeeper and current chief executive of AFC Ajax, Edwin van der Sar, said: “Over the course of the last few days, we reached an agreement with Daley to terminate his contract. I hope he can find another club to end his successful career with. Together with Daley, we have decided on a match in the ArenA where he can say a proper goodbye to the supporters.”

People online commented on the shock departure of the 32-year-old, who played 90 times for Manchester United.

Many fans on Twitter called for the Dutch defender, who played for the Netherlands in this year’s World Cup in Qatar.

“@ManUtd bring this King back,” one person wrote.

@ManUtd bring this King back. https://t.co/1lUzngHA37

“Bring him back @ManUtd,” another wrote.

Bring him back @ManUtd https://t.co/ApJ2R7Sqa6

“Have this feeling that United will buy him🤣” another person wrote on Twitter.

have this feeling that united will buy him🤣 https://t.co/3nbOpFbqY2