Meghan Markle branded a narcissist as Americans tire of her behaviour 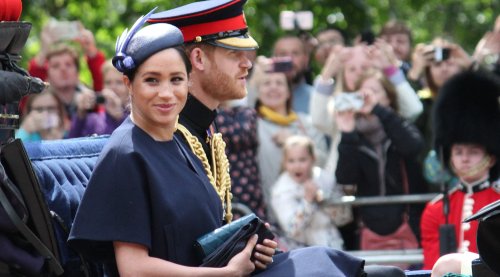 Meghan Markle has been branded a narcissist in an editorial piece by Joanna Weiss in the news channel Politico.

The article on Tuesday, December 27 likens Markle to former U.S. President Donald Trump, Elon Musk and Kanye West who she says either got their comeuppance or worse still got “our disinterest.”

In the piece titled “2022 is the Year we all finally got tired of the Narcissists,” Weiss says that she is inexplicably drawn to the likes of Prince Harry and Markle, but that the Netflix documentary has turned her and others against them.

She wrote: “My natural sympathy for the couple started turning to irritation, and it occurred to me that ego has its limits.

“And it struck me that the overreach that led to the Sussexes’ critically panned mega-series is the same impulse that turned Elon Musk into a terror on Twitter, that prompted Ye to up the ante of outrageous behaviour until he crossed the line into blatant antisemitism, that sent Bankman-Fried from the top of the world to a Bahamian jail.”

Acknowledging that the couple does have grievances, she said when the narcissism reaches the level of a Donald Trump it becomes dangerous.

After announcing they were stepping down as working members of the Royal family, the couple signed a deal with Netflix to produce a number of documentaries, feature films and children’s programmes.

An official statement released by the couple said: “Our focus will be on creating content that informs but also gives hope. As new parents, making inspirational family programming is also important to us.”

However, the only programme to air of any note has been the highly controversial series in which they gave “their side of the story” in their battle with Prince Harry’s family. That series did little to help the couple’s image and is what led to Markle being branded a narcissist.

According to the British media, Markle has been warned that many of her “natural allies” have also been put off by the “scale of her vanity and arrogance” as she burns through friendships and relationships in the pursuit of her fame and goals.