Russia is ready to fight the U.S. claim Chinese experts 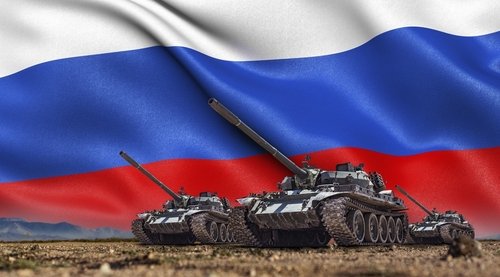 Experts spoken to by the Chinese newspaper the Global Times have claimed that the U.S. and its allies will try to provoke an escalation in the war in Ukraine and that Russia was ready to fight.

The report carried by Russian news agency TASS on Tuesday, December 27 said that Russia has sufficient military and economic potential for a long-term confrontation with the United States.

It also claimed that Russia was able to take decisive measures to successfully end the Ukrainian conflict in 2023.

The experts said that: “Russia demonstrates the determination and power necessary for a long-term confrontation not only with Ukraine, but also with the United States, as well as other Western countries not only militarily, but also economically.”

They added that in their opinion: “in 2023 the Russian Federation can take decisive steps in order to end the [Ukrainian] conflict.”

Expanding on their belief that Russia has the resources to continue the fight, they questioned how long the West could continue to provide huge financial and military support to Kyiv.”

Maintaining the political rhetoric from the East Cui Heng, an expert at the Centre for Russian Studies at the East China Normal University (Shanghai). said: “For Ukraine and the United States, the space for negotiations is limited, because the speech that [Ukrainian President Volodymyr] Zelensky made during his visit to the United States in Congress set a high tone.

“In the current situation, US lawmakers are forced to observe “political correctness”, so even seeking a dialogue with the Russian Federation to reduce tensions and, at least, wanting to pause in a difficult economic situation, they will not dare to change their tough position against Russia.”

The statements provide further insight into the developing partnership between Russia and China which has the potential to turn Russia’s invasion of Ukraine into a global conflict. It also suggests that Russia is not about to give up any time soon and that is ready to fight the U.S. and its allies in a long and protracted war.

For many, the comments are in line with the stated aim of China, which is to take back Taiwan in a move not dissimilar to that of Russia’s annexation of regions within Ukraine.