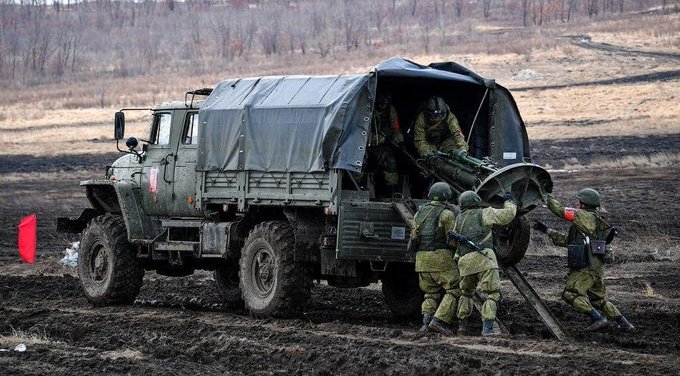 Literally, a day after Russian President Vladimir Putin said that Russia was open to negotiations with Ukraine, it issued an ultimatum that warned you will either meet our demands or our army will decide.

The offer to negotiate made by Putin had been dismissed by Kyiv and its western allies who say that Moscow is not willing to discuss terms, but rather is using the offer to try and position themselves as the “good guys.” Many analysts also believe that Putin is using offers such as this to buy time while Russia regroups.

The demand from Lavrov confirms those suspicions with the highly experienced and long-time foreign minister issuing threats, rather than showing any signs of a willingness to come to the table.

Kyiv has in the past put a proposal together that could form the basis for negotiations, however, this was quickly rejected by Russia.

In an interview with the Russian news agency TASS, Lavrov issued the warning saying: “Our proposals for the demilitarisation and denazification of the territories controlled by the regime, the elimination of threats to Russia’s security emanating from there, including our new lands, are well known to the enemy.

“The point is simple: fulfil them for your own good. Otherwise, the issue will be decided by the Russian army.”

Denazification is an excuse for that invasion that has been used many a time by Russia, which international intelligence agencies say is a smokescreen for the real reason which is an attempt to grab strategic areas along the Black Sea.

Lavrov has tried to position the approval by U.S. President Joe Biden of additional defensive support amounting to $1.8 billion, as an act of aggression. In the interview, he also reiterated the view that Russia and the U.S. cannot maintain a normal connection, something he blames Biden and his administration for.

In another swing of the pendulum, Russia has told Ukraine to meet our demands or our army will decide for you effectively squashing the offer of negotiations made the day before by Russian President Vladimir Putin.