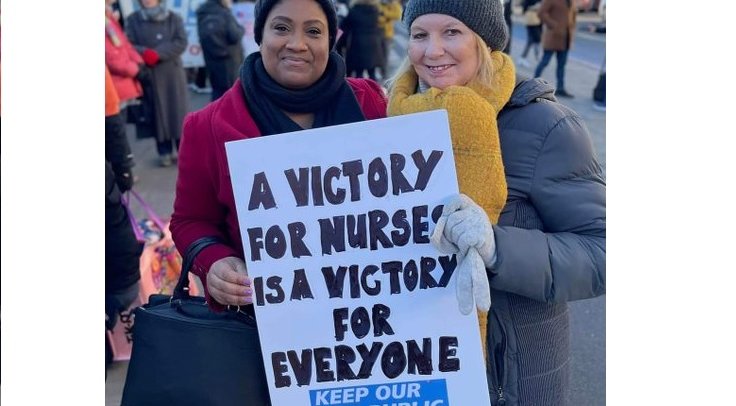 The UK government’s failure to act on NHS staffing, the subject of current nursing and care staff strikes, is said to be costing the organisation at least half a billion pounds annually.

According to a report by the Daily Mail on Tuesday, December 27 agency fees, the premium paid on top of the higher-than-normal wages paid to staff, are costing the organisation more than £700 per nurse or care worker.

Campaigners have long called for those involved to stop “gorging themselves on NHS money” but there is little to prevent them from doing so whilst the current staffing shortage and remuneration model exists.

But the cost is not the full picture with rates payable to temporary staff higher than those paid to NHS staff, although they do not benefit from pension contributions. Then there is the additional cost of overtime paid to doctors to cover the shortfall in personnel, which also runs into tens of millions each year.

Some £3 billion of the NHS’ total £136 billion budget is said to go on agency staffing, which amounts to more than £60,000 per nursing vacancy. The Daily Mail believes roughly 20 per cent of all the money charged to the NHS by the companies supplying temporary staff goes to the owners of the businesses.

A source who is said to be close to Health Secretary Steve Barclay said the Government was working to reduce wasteful spending, however, Theresa Villiers, a Tory former Cabinet minister, said: “This is shocking and it has to stop. These funds should be devoted to patient care.

“Both the NHS and the Government need to get a grip on this and get these costs down. This is ripping off the taxpayer and the NHS.”

The source within Barclay’s office added that: “While we are recruiting thousands more NHS doctors and nurses, temporary staff are needed to help clear the treatment backlog left by the COVID-19 pandemic.

“We do need to cut wasteful spending and ensure every penny of NHS cash goes into caring for patients and not excessive profits for recruitment consultants. We will act to address any abuse of the current arrangements.”

But Labour Labour Health spokesperson Wes Streeting disagrees. He says that the government’s failure to train enough doctors had left the health service “at the mercy of recruitment firms.

“Millions of pounds of taxpayers’ money is going straight into the pockets of recruitment executives, while patients find it impossible to get a GP appointment or an operation.”

Those in the industry defend the work they are doing saying they are helping to keep the NHS on its feet and its patients safe.

Neil Carberry of the Recruitment and Employment Confederation, which represents companies supplying temporary staff, said: “The real problem is that the NHS staffing frameworks are not fit for purpose – an unwillingness from the Government to pay nurses and doctors what they are worth has led to more and more shifts being rejected, and more high-cost, last-minute shifts being needed.”

The true cost of the UK government’s failure to act on NHS staffing costs is likely to be much higher than the half a billion quoted by the Daily Mail. Fixing that problem, will according to analysts take a concerted effort with years of underfunding and bureaucracy have led to the current situation.