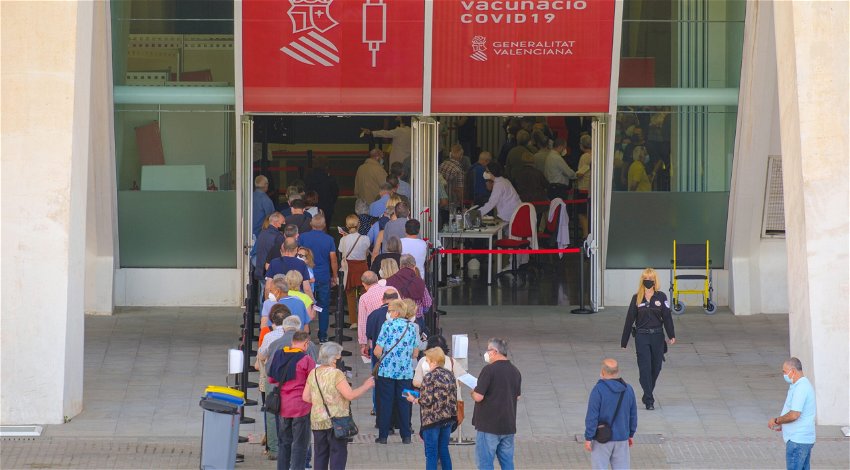 A VALENCIAN resident said that he would put himself first in line to “get vaccinated a thousand times” as Spain marks two years of the Covid vaccine in the country.

Batiste Martí, who was the first Valencian resident to receive the Covid jab back on Christmas Sunday in 2020, spoke to Spanish news outlet Levante-EMV on Tuesday, December 27 to reveal that after receiving another three jabs (four doses in total), he would stand first in line to get vaccinated a thousand more times.

On December 27, 2020, at around 11 am, Batiste told journalists waiting outside a health centre in Rafelbunyol, Valencia, “I have been vaccinated because that’s the way I am.

“I am very well, very calm. I’m not afraid at all. I have been vaccinated because I wanted to and because I have to. And let everyone else do it, it’s good for everyone,” he said at the time.

He received his second jab exactly one year later.

The widower reaffirmed his stance while speaking to the news outlet on December 27, 2022: “I got vaccinated and I would do it again because it’s the right thing to do.”

The father of three added: “I would do the same thing again a thousand times. I feel very proud. I don’t want another pandemic to come, no, but if it did, I would be first in line.

“It was important for people to see that I was not afraid. If I had been, I wouldn’t have pricked myself, but I have a lot of confidence in the doctors, who are the ones who know about this.”

Standing next to his daughter Pilar in the same courtyard as back in 2020, the grandfather of seven grandchildren said that he has only ever “felt a little pain in my arm, but after three days it went away.”

Speaking about people who have refused to get the vaccine, Batiste said: “There are so many refusers [of the vaccine] everywhere and there is nothing we can do about it.”