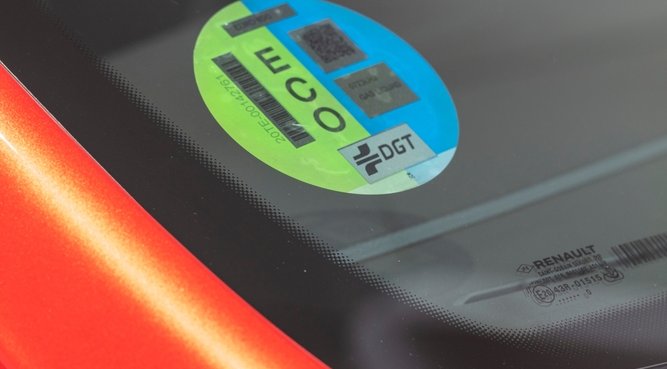 As Spain prepares to implement restrictions for cars entering into low emission zones (LEZ) in some of its cities, the country´s Directorate-General for Traffic (DGT) has issued some advice on the use of the environmental badge for cars.

According to a report in the Spanish newspaper El Confidencial on Wednesday, December 28, the new regulation comes into effect from January 1, 2023, onwards and requires new eco-friendly cars to put environmental badges. These badges classify vehicles based on their energy efficiency and the environmental impact they produce.

Older cars that do not have these badges will not be allowed to access certain LEZs such as Madrid Central or Rondas de Barcelona, as they will risk being fined.

Currently, there are four types of environmental labels, classified depending on the technology of the vehicle which includes: Label 0 emissions which is blue in colour and it identifies the most efficient vehicles which include, electric, fuel cell or plug-in hybrids with a range of more than 40 kilometres.

The second label is the Eco Label. This includes hybrid or gas vehicles (CNG, LNG and LPG) and plug-in hybrids with a range of fewer than 40 kilometres.

The third is label C, which is green in colour and is used for internal combustion vehicles that comply with the latest EURO emissions (EURO 4.5 and 6 for gasoline and 6 for diesel). This category also includes gasoline vehicles registered since January 2006 and diesel registered since September 2015.

And the final is label B, which is yellow and is used for vehicles that meet the previous EURO emission specifications (EURO 3 for petrol and 4 and 5 for diesel) and also vehicles older than those indicated in the previous section (petrol registered since January 2001 and diesel from 2006).

The DGT has also said that it is very clear in its regulations that the ITV sticker is mandatory, while the environmental sticker is not.

However, it warns that some town halls may require it to be mandatory and it is advisable to inform yourself to avoid problems.

Regarding the instructions to place the label, the DGT said, the environmental label cannot obstruct the driver’s vision. DGT also specifies where the label has to be placed, stating that it should be put in the lower right corner of the front windshield, inside the glass. If it is not placed in the correct location on the car, the driver can run the risk of getting fined.