Woman survives being run over by two tube trains 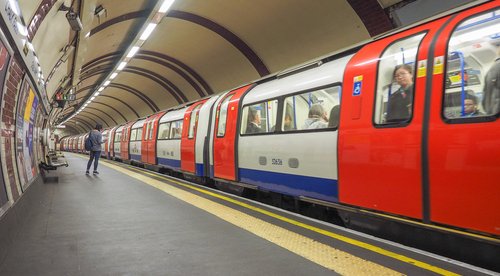 A woman survived being run over by two tube trains after falling onto the track at High Barnet Station.

Speaking to “Good Morning Britain” on Wednesday, December 28 Sarah de Lagarde, from Camden, north London explained that she lost her footing on the platform and fell down the gap.

She was making her way home after a long day at work and after falling asleep on the train and missing her stop, she rushed to get off the train only to fall through the gap.

According to Sarah, it took at least 15 minutes for commuters to hear her cries with her train hitting her as it pulled out of the station. Injured and lying on the track, she was hit by another train arriving at the station.

Sarah, who was discharged from the hospital this week, lost a leg and an arm in the accident. She is raising funds to buy an advanced prosthetic arm capable of acting on brain signals and has so far raised more than £278,000.

She said that any extra money will go to the air ambulance service and the hospital where she was treated.

She said: “I’m good. I’m feeling fine, I mean obviously, this is a terrible thing to happen to one, but I’m so privileged and grateful that I am alive.

“That night I was told I could have died at least 10 times, it was quite an accident to have happened but, once you survive that, I was absolutely excited to be alive.

“The joy is there so if you think about it. My family could have spent Christmas without me – the fact I am alive and that I am here is incredible. Everything has an extra sparkle to it.”

Sarah was airlifted to the hospital where her arm and leg were amputated, but she said what kept her going was the thought: “I shouldn’t be here, this is not supposed to happen, I need to go home to see my family.

“That thought about my family kept me going.”

Lucky to be alive Sarah has achieved what few others have which is to survive after being run over a tube train, in what has been a life-changing accident.