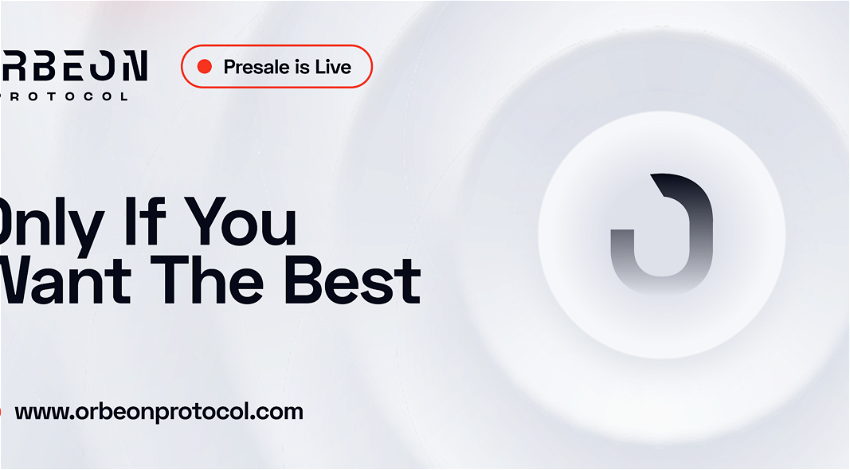 The cryptocurrency industry has been taking huge strides in recent years, with several new players entering the market. One of those is Orbeon Protocol (ORBN), which is selling out fast during phase 3 of the presale. But can it reach the heights of established players like Helium (HNT) and Cardano (ADA)?

Orbeon (ORBN) is the perfect way for startups to raise funding and for users to invest in projects that they believe in. It is a decentralised investment platform that mints fractionalised NFTs (non-fungible tokens) to represent company equity.

This new take on crowdfunding is beneficial for all parties involved — it is a safe and secure way for projects to raise funds, while investors can invest in the hottest new projects that were once too difficult to access, with as little as $1.

Furthermore, built in safety features ensure the security of investor funds, such as a “Fill or Kill” mechanism that ensures investor funds are fully returned in the event of a failed funding round.

The project’s native token, ORBN, is currently in presale, and holding the token confers various benefits across the Orbeon ecosystem. This ranges from staking bonuses to governance rights, and more. ORBN has already seen an increase in price by a factor of 805%, but analysts think this could go as high as 6000% by the presale’s end.

Helium (HNT) is a decentralised network that uses a peer-to-peer protocol to power smart devices through the use of blockchain technology. Helium has been around since 2019 and is used in over 8 million networks worldwide.

Helium prides itself on its energy efficiency and low-power consumption, which makes it suitable for small devices like wearables, phones, and other IoT items. Helium (HNT)also uses a proof of coverage consensus mechanism to ensure that its network remains secure and reliable.

Helium (HNT) is a unique product that has clearly found a gap in the market. However, Helium (HNT) has hit a roadblock in terms of adoption, and many people are questioning its long-term potential. Helium (HNT) is currently trading at $1.89, down more than 96% from its all-time high of $55 set in November 2021.

Cardano (ADA) is a proof-of-stake blockchain that enables secure, scalable, and low-cost transactions. Created by a co-founder of Ethereum, Charles Hoskinson, Cardano (ADA) is designed to address the scalability and interoperability issues of previous blockchains.

As such, Cardano (ADA) attracted huge support from individuals who believed the ‘scientific approach’ was the right way to develop a blockchain. There was euphoria in the air when Cardano (ADA) was released, with investors believing it was the blockchain of the future.

However, not a lot happened after the launch of Cardano (ADA) smart contract functionality. While Cardano (ADA) is gaining some momentum in Africa, it still hasn’t been able to compete with other layer-1 blockchains in terms of usage and adoption. As of this writing, Cardano (ADA) is trading at $0.25, down 91% from its all-time high of $3.10 in September 2021.

Find Out more about the Orbeon Protocol Presale