David Worboys: English as she is spelt 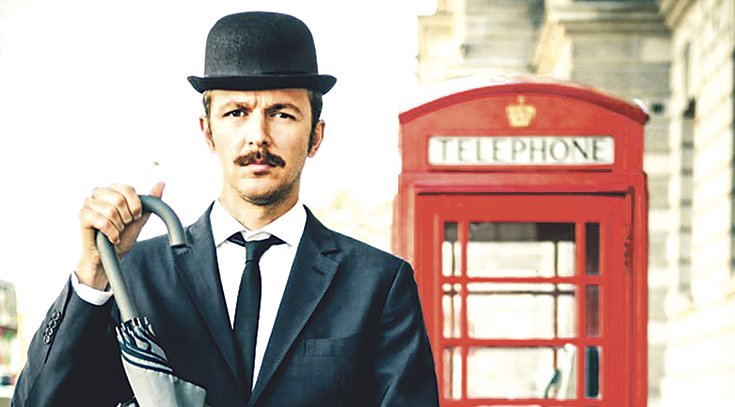 IN Spanish, Italian and German, the pronunciation of words is clear, regulated and consistent. And normally in Spanish, if the stressed syllable is other than the penultimate, it is indicated by an accent. In German, vowel sounds are modified by the appearance of an accent (Umlaut). But in English there are no rules for pronunciation, while the spelling of some words is a free-for-all.

First, the letters ‘ough’ are pronounced in seven different ways. Cough, rough, through, plough, although, thorough and (with the added t) nought. And, to all but the discerning ear, the words paw, poor, pore and pour sound the same.

For those of us who can read without moving our lips, English is an especially frustrating language. The other 20 per cent have the advantage of reading word by word, rather than by text, and verbally working out whether the word ‘entrance’ should have the stress on the first or second syllable – whether it means entry point or to captivate.

The stress on syllables is neither logical, nor is it indicated, as in Spanish, by accent. You just have to learn where to stress, for example, implicate, impression and imprecise; interval, internment, interrupt.

Dozens of identical words have completely different meanings. And yet there are hundreds of combinations of letters that are simply not used. As the language is already mutilated in some way or other every day, why are these vacant letters in words not substituted to create new words in the interests of clarity of distinction.

For example, ‘rest’ can mean the remainder or a crafty snooze. As the former originates from ancient French, why cannot the latter be known as ‘reft’. ‘Order’ meaning command is logical, but when used to mean sequence could be ‘urder’.

The word ‘race’ means either ethnic category or competition. A ball race is either a metal ring inside a ball bearing or (as I learned at school) a tomcat with 20 yards start on the vet.

As for the notorious irregular verbs! The logical past form of ‘I catch’ would be ‘I catched’, – and not ‘I caught’. Likewise, I teached, I fighted, I buyed, I bringed, I seeked, I thinked. Instead we have taught, fought, bought, brought, sought, thought.

Of course, English is a hybrid language, derived from several sources other than German, Norman and Norse. The Americans have tried to modernise and simplify it with more logical spellings, such as civilize, honor (why not onner?), program and plow. But they have also mutilated it with abominations like thru and donuts.

Finally, why does the noun ‘practice’ become ‘to practise’ as a verb? Except in North America. Zzzz. Goodnight!