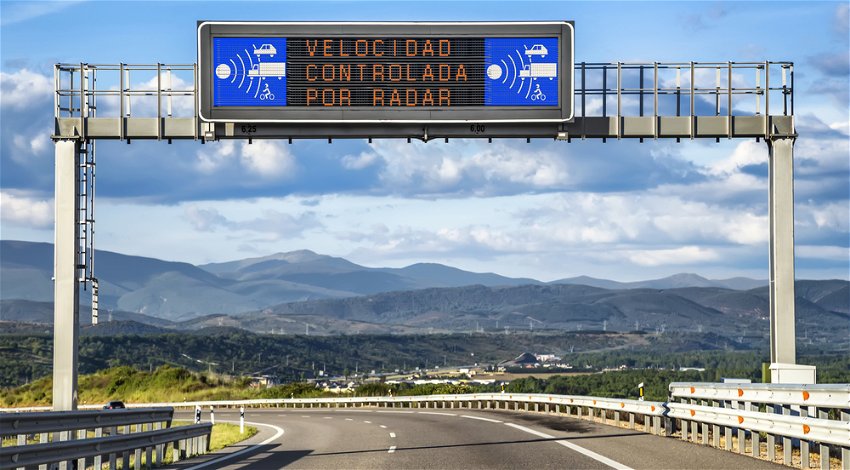 The Directorate General of Traffic (DGT) in Spain has over 780 permanent and hundreds of mobiles speed cameras scattered across its roads that are often hidden from view.

In order to avoid high-speed road accidents, Spain’s DGT has a wide network of fixed and mobile radars across the country that assist in controlling the speed of vehicles while ensuring drivers comply with traffic regulations.

But despite the fact that anybody can see the position of these cameras on the official DGT website, these devices are frequently out of the drivers’ direct line of sight.

With over 780 permanent and hundreds of mobile radars scattered around the country, this number is quite significant, given that these speed cameras are only a part of various other controls used daily by the traffic authorities in Spain

Due to this, the DGT is now suggesting some tips to help drivers easily locate these radars the next time they are driving.

In spite of the fact that it is easy to find out online where these fixed radars are located in advance, finding their exact  location is in fact much more difficult. Normally, the section on the road is marked so that the driver knows that there is a camera coming, but the precise location of the radar is not known because they are hidden.

However, the DGT has suggested one tip to easily detect where cameras are hidden, especially if they are behind the signs on the gantry, which is an overhead structure with signboards and cameras.

The trick is to look at the supports of the gantry, to see if they include a ladder on any of their posts. If they have a ladder, the reason why they are there is to help the operators get on top of the structure, in order to carry out maintenance or calibrate the sensors. This increases the probability of a fixed radar on that section of the road.