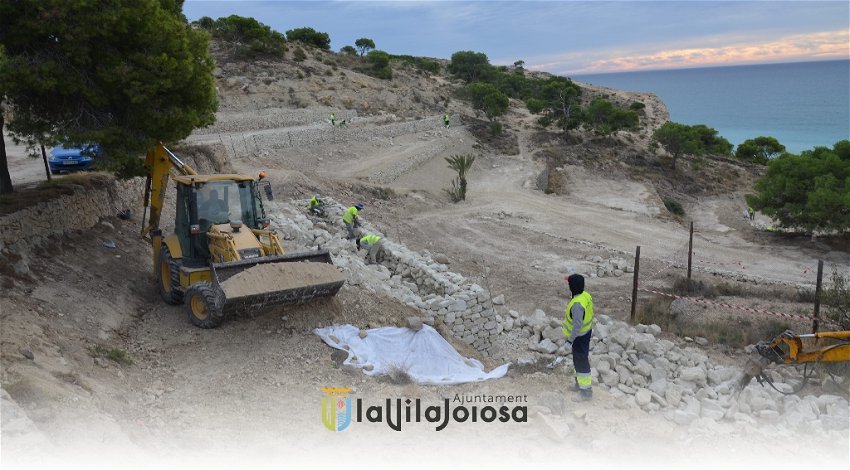 The villa, built in 1920, is an emblematic building of Vilajoiosa’s heritage and landscape.

The Department of Historical Heritage has confirmed it will protect the lime kiln discovered at the Villa Giacomina in La Vila Joiosa.

The reforestation work being undertaken in the Malladeta area has resulted in the cleaning of the terraces and the rejuvenation of the banks near the remains of the lime kiln from which the lime was obtained to build the Villa Giacomina.

The Municipal Service of Archaeology and Historical Heritage of La Vila Joiosa determined the need for its signposting prior to the works, and it has been marked out for the duration of the reforestation works so that it does not suffer any damage.

Once the state of the structure had been analysed, it was decided to cover it with geotextile and earth, which will allow it to be preserved against the atmospheric agents that deteriorate the property. Once the reforestation work in the area has been completed, it is planned to undertake the restoration of the Villa Giacomina and various elements in its surroundings: a large cistern, a waterwheel and the lime kiln, which is now protected. After the study and consolidation of these elements, they will be left open for public visitation.

It was common to build lime kilns on purpose for the construction of a new building, as was also the case next to the Aguilo watchtower (16th century). They were fed with bushes from the area and were kept with a constant fire for 9 to 15 days, in order to convert limestone stones collected in the area into quicklime. This lime, mixed with sand and water, was used to make the mortars with which the stones of the walls were joined together, as is the case with today’s cement.