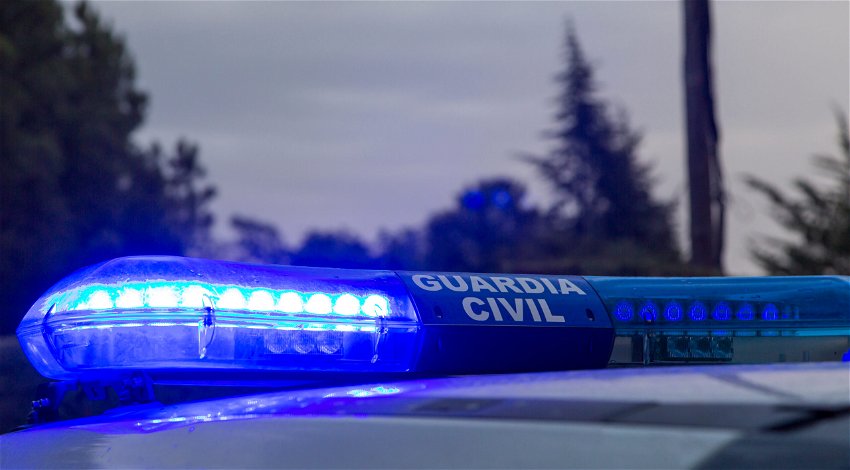 HORRIFIC new information has emerged after the two bodies were found in Brea de Tajo, Madrid on Thursday, December 29.

UPDATE 11.18 am (December 30) – Spanish media reports on Friday, December 30, have revealed some new information about the murder of a woman and a teenager in the Madrid town of Brea de Tajo.

The identity of the couple has now been revealed as well as some gruesome information.

Shirley and Sergio, aged 33 and 18, were reportedly burnt alive as they slept inside a van on the same farm in Brea de Tajo (Madrid) where their bodies were found.

Sources from within Spain’s Guardia Civil told Spanish news outlet Levante-EMV that after killing his victims, the 35-year-old man suspected murderer scattered the remains of the couple on his farm.

The body of one of the victims was completely charred.

Shirley and Sergio were reported missing on December 15 by the deceased woman’s sister.

After launching an investigation into their disappearance, police are said to have questioned the man on December 21 and taken his statement.

Days later, he reportedly committed suicide after riding his bicycle into a van on the R-3 in Mejorada del Campo (Madrid).

ORIGINAL 2.39 pm (December 29) – The bodies of a teenager and woman, who were reported missing earlier this month, have been discovered in the Madrid town of Brea de Tajo on Thursday, December 29.

The body of a teenager and a woman, whose disappearances were reported on December 15, was found in Madrid’s Brea de Tajo, with signs of violence, according to Spanish news outlet El Confidencial.

Officers from Spain’s Guardia Civil made the shocking discovery of the bodies on December 29.

One of the victims was an 18-year-old boy. The other was a 33-year-old woman.

Citing sources from EFE, the media outlet said that officers have launched an investigation into the incident, however, believe it is linked to the death of a Brea de Tajo resident earlier this month.

According to early reports, the crimes could well have been committed by a now-deceased 35-year-old man.

Sources with the Guardia Civil in the Spanish capital suggest that the man killed the boy and the woman before committing suicide on December 23.

It has been reported that the man deliberately drove his bicycle into a van on the R-3, in Mejorada del Campo.

The news comes after the body of one of two missing boys was discovered earlier this month in Spain’s Toledo.

On Wednesday, December 21, it was reported that the body of Fernando Fernández, 17, one of the two boys who went missing in Carabanchel, Madrid on December 10, was found in the Toledo landfill, where the province’s waste is managed.

His cousin Ángel, 11, is still missing.