BREAKING UPDATE: 34 people have now lost their lives to the tanker explosion 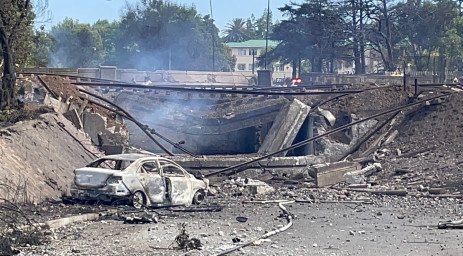 13:45 (December 30) – The death toll from the tanker explosion that ripped through local homes and a nearby hospital has risen to 23 according to news channel EWN.

The full extent of the blast is now only becoming apparent with another seven victims reported dead today, taking the toll to 34. Dozens more remain injured and in hospital.

A memorial service held today in the Boksburg Civic Centre was told of the additional deaths, with those attending in a sombre mood. The packed hall saw several government officials, church leaders and healthcare workers join relatives to pay their last respects, with many openly displaying their grief.

The accident leaves a black mark on a country whose road death toll remains one of the highest in the world, with multiple deaths in accidents commonplace. But the extent of this blast has reminded everyone of the dangers of South African roads.

16:31 (December 26) – The death toll from the tanker that exploded in Boksburg outside Johannesburg has risen to 15.

According to the latest reports authorities say the death toll has reached 15 with a number of injured still in the hospital.

They have also confirmed that the driver has been arrested and charged with culpable homicide after he attempted to travel under a bridge with insufficient clearance.

The blast from the ensuing fire tore the roof off the nearby Tambo Memorial Hospital, destroyed two houses, and several cars and injured numerous bystanders.

Health Minister Joe Phaahla said: “In terms of fatalities … this number has now risen to 15” including three hospital staff members. He confirmed that more fatalities could be expected given the nature of some of the injuries.

He added: “We are told that of those who survived, many of them have quite severe burns, so we still have a long way to go.”

09:20 (December 24) – A gas tanker explosion has left eight dead and multiple firefighters injured after it got stuck under a bridge in Boksburg, near Johannesburg.

According to local news site EWN on Saturday, December 24 the tanker caught fire after becoming edged underneath the bridge.

Firefighters were called to the scene and whilst they were attempting to put the fire out, the tanker exploded. The blast left eight bystanders dead and put six firefighters in hospital according to the Ekurhuleni Emergency Management Services (EMS).

A spokesperson for EMS, William Ntladi said that the explosion completely destroyed the bridge and affected nearby properties.

He said: “So the subway bridge is completely destroyed.

“Part of the hospital’s casualty department roof has collapsed.

“We’ve got two houses that are nearby that caught alight”

Trucks getting wedged under bridges in South Africa are not that common with signage generally in place advising of height limitations. That is being investigated by local authorities as is how six firefighters came to be injured whilst trying to put the fire out.