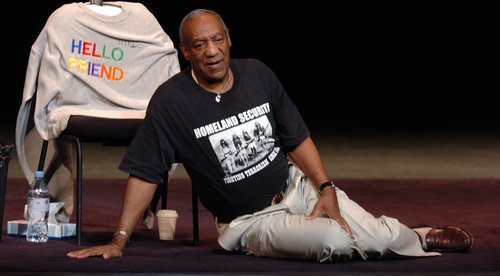 Bill Cosby the convicted sex offender, who was released on a technicality, has announced a new tour despite new sexual assault lawsuits.

Appearing in a WGH Talk radio interview, the 85-year-old was asked whether he ever planned to tour again, to which he answered “yes in 2023.”

Cosby, who was sentenced for sexual assault, was released three years into his jail sentence after it was found that a statement the comedian had made in a civil deposition should not have been used in criminal proceedings.

Once known as America’s dad and famed for his storytelling, Cosby said that he wanted to tour again: “because there’s so much fun to be had in this storytelling that I do.

“Years ago, maybe 10 years ago, I found it was better to say it after I write it,” Cosby said. “I feel that I will be able to perform and be the Bill Cosby that my audience knows me to be.”

But that announcement has been met with the incredulity with the comedian still facing multiple lawsuits from at least five women who have accused him of raping them.

Cosby is alleged to have either raped or forced them into sexual acts back in the 80s and 90s during the time the Cosby Show was on air.  He is being sued along with NBC, Kaufman Astoria Studios and the Carsey-Werner Company, who are named as being complicit in his sexual assault.

They argue that these companies “facilitated the sexual assault of women” adding that “It was well known that Bill Cosby would regularly take young women into his dressing room.”

Their lawyer Jordan Rutsky said, “there were instances where staff saw this happening and even encouraged the plaintiff to submit.”

Cosby’s spokesperson said: “Mr Cosby continues to vehemently deny all allegations waged against him and looks forward to defending himself in court.”

The announcement that he intends to tour again has had a mixed response with some responding with incredulity while others have defended it, blaming the cancel culture on the negative response.

Once the father of comedy, Bill Cosby has announced a new tour despite new sexual assault lawsuits.