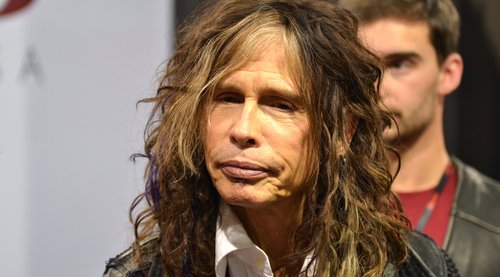 The charismatic lead singer of Aerosmith and father of actress Liv Tyler is being sued for the sexual assault of a young 16-year-old girl.

According to the Daily Mail on Friday, December 30, Julia Holcomb has used the temporary suspension of the statute of limitations law to sue the rock star.

Holcomb claims that he sexually abused her in the 1970s when she was 16 and he was 25, a relationship that both he and she had spoken about publicly in the past. She has accused him of sexual assault, sexual battery and the intentional infliction of emotional distress. She also alleges, that after he gained guardianship from her mother, that he plied with her drugs and pressured her into having an abortion.

In his 2011 memoir, Tyler spoke fondly of his three-year sexual relationship with the teen girl he calls Diana in the 70s, thought to be a reference to Holcomb.

In his book, he said: ‘She was sixteen, she knew how to nasty, and there wasn’t a hair on it’ adding that he ”almost took a teen bride.” He said her parents fell in love with him and signed custody so that he would not be arrested when travelling out of state.

He continues saying: “With my bad self being twenty-six and she barely old enough to drive and sexy as hell, I just fell madly in love with her.

“She was a cute skinny little tomboy dressed up as Little Bo Peep. She was my heart’s desire, my partner in crimes of passion.”

In her lawsuit, Holcomb alleges that she met him in 1973 shortly after her 16th birthday. She had attended an Aerosmith concert in Portland, Oregon and accompanied Tyler to his hotel room after the show. There she claims he “performed various acts of criminal sexual conduct upon her.”

The lawsuit adds that his fame and financial success made her powerless to resist. It also alleges that instead of taking care of her and paying for her education and healthcare, he assaulted her and plied her with drugs.

Holcomb, who has since become an anti-abortion activist, says that following an apartment fire (Tyler mentions this in his book) he made her have an abortion saying the smoke would have damaged the unborn child.

Holcomb has spoken about the abortion and her relationship with Tyler before, but this is the first time she has taken legal action making use of the temporary suspension of the statutory limitations under California’s Child Victims Act. That suspension ends on December 31.

In another case from the hedonist 70s, Steven Tyler has been sued for the sexual assault of a 16-year-old girl placed in his care.